Is This The Right Time for Landlords to Incorporate?

More SME landlords are seeking advice about whether now is the right time to incorporate,...

In the drive for the UK to be net zero by 2050, residential landlords are...

A big change in the way landlords monitor their property finances and file their taxes...

As the weather begins to warm up, many will be starting to think about giving...

What The Spring Statement Means To You

Horrendous price rises are set to hit hard this year. The Spring Statement laid out... 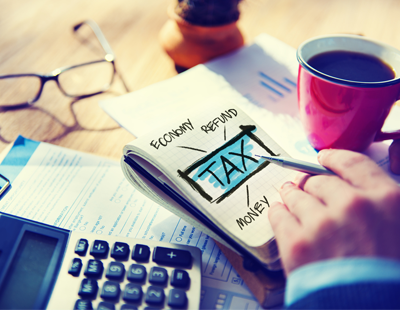 Sarah Coles, senior personal finance analyst at Hargreaves Lansdown, writes: The government has announced extra breathing space for anyone who hasn’t got round to tackling their tax return.

That sound you can hear is almost six million signs of relief as last-minuters realise they have a bit longer to get cracking. It will be a lifeline to anyone who has had a difficult couple of years and is desperately trying to catch up financially. But this isn’t an excuse to put off starting the process for another month.

Postponing beyond January 31 comes at a cost. There won’t be any penalties until the end of February, but you will start racking up interest on the first of the month, at 2.75 per cent.

By starting now, not only can you save this money, you can also take advantage of the extra time to get your head around claiming for covid support; dealing with thornier elements of the tax return – like pensions; and even finding ways to cut your tax bill.

- If you haven’t filed your tax return yet, the government has announced that you have until 28 February to complete it, before you face a late filing penalty;

- Normally you’re charged a late payment penalty of 5.0 per cent of the outstanding tax if you haven’t paid by March 3, but this year you have until April 1. You will, however, pay interest from February 1;

- If you can’t afford to pay by the deadline, you can set up a time-to-pay arrangement online, which will spread payments over the next 12 months. Since last April, more than 30,000 taxpayers have set one up;

- Of the 12.2 million people who have to file a tax return this year, only 6.5 million have done so;

- Over 31,000 people filed between Christmas Eve and Boxing Day, and 33,467 were filed on New Year’s Eve – the peak time was in the hour before midnight.

1. You can check you have access to the system in plenty of time: Make sure you have your Unique Taxpayer Reference number and can access the Government Gateway right now. You don’t want to fall at the final hurdle;

2. You can make a considered decision about how you’ll pay your bill. Once you’ve completed the paperwork, you’ll know where you stand, and it gives you time to work out how you can afford to pay the bill. Ideally everyone should be putting the money aside as they go along, but if your plans have gone awry, you have time to weigh up your options – including spreading the bill using time-to-pay;

3. You can ensure you declare any covid support up to April 5 2021. This includes the self-employment grant and any furlough payments, but not the £500 payment for working households receiving tax credits;

4. You have time to check you’ve claimed for everything you can. Collect together all your receipts and invoices, and use the list on the government website to check you haven’t missed anything https://www.gov.uk/expenses-if-youre-self-employed;

5. You won’t be tempted to rush the pensions bit. This is a really common area for mistakes to happen. Higher rate taxpayers need to check if they have to claim for additional higher rate relief on their pensions. They also need to make sure they enter the gross value of contributions. This isn’t just a total of all the money paid in: it’s everything they paid in, plus tax relief at 20 per cent on top;

6. You can squeeze the value from your charity donations. Ticking a box to claim Gift Aid means the charity can reclaim 20 per cent tax on your donation from the taxman, but if you’re a higher rate or additional rate taxpayer, you can reclaim the rest of the tax on your donation through your tax return. You don’t have to just consider charity donations in 2020/21 either; any gift aid donation you make up until the day you file your tax return can be included in your previous year’s tax return, so you can make a donation now, and include it in the tax return you’re filing;

7. You have the opportunity to correct previous year: If you realise you've made a mistake in previous years, you can claim a refund for overpayments for any time during the previous four years.

Sarah continues: Once you’ve submitted your return, it’s tempting to try to forget about it all for another year. But now is the time to make changes so you never have to go through this kind of stress again.

If you have investments, putting them in an ISA doesn’t just cut a potential tax bill, but it also makes life simpler, because you don’t have to worry about declaring dividends or profits. It’s also worth considering consolidating savings, pensions and investments so there’s less paperwork – as long as you’re not giving up any valuable guarantees in the process.

And if the whole thing was just too horrible, you have plenty of time to track down a good accountant.

A big change in the way landlords monitor their property finances...

What The Spring Statement Means To You ...

Horrendous price rises are set to hit hard this year. The...

Covid-19 has upended most industries, at least for a short while,...

Is This The Right Time for Landlords to Incorporate? ...

More SME landlords are seeking advice about whether now is the...