Why the Boiler Upgrade Scheme isn’t fit for purpose

Government Beware - you're driving landlords out of the sector

Landlords are in danger of losing the narrative again. With rental inflation hitting record levels, much...

Shamplina Speaks - What of Section 8 after Section 21 is Abolished?

We know that Section 21 and so called ‘no fault’ evictions, are definitely going to... 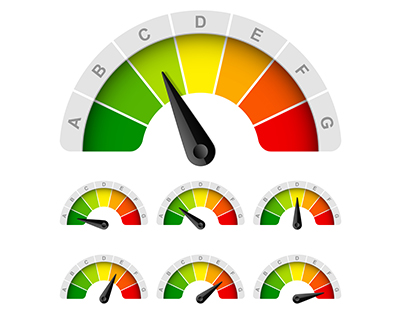 The increased energy price cap could mean bills for the average band G home hit almost £5,000 a year, up £145 per month on current rates. More efficient homes don’t escape the price rises either, albeit those paying energy bills for homes in bands A to C will be on average £3,246 a year better off than their neighbours in a band G home.

New homes are already blazing the eco trail, with more than 4 in every 5 new homes built now in the top two EPC bands, compared with less than 1 in 20 existing properties. We must also push forward with retrofitting existing stock, although this remains a complex, costly, and lengthy endeavour.  But there is an opportunity here for the new homes industry, offering best in class efficiency and tapping into demand from households who not only want to do their best for the climate, but also save themselves money too.”

Inflation hit a 30 year high in February, with the Consumer Price Index recording an annual increase of 6.2%, up from 5.5% in January. Monthly figures show a 0.8% increase, the largest CPI rise between January and February since 2009. Food, fuel, and energy costs are the key drivers behind these rises as the squeeze on household incomes continues.

In his Spring statement on 23 March, the Chancellor announced that fuel duty will be reduced by five pence per litre until March 2023. But household energy bills still look set to soar, as the price cap, which limits the maximum amount suppliers can charge for each unit of electricity and gas, will rise at the end of March.

JLL Research have looked at average household energy bills for homes with EPC ratings from the most efficient (A) to the least (G).

On average, the lifting of the price cap could mean households paying upwards of 54% more on their energy bills.

Improving the energy efficiency of your home could help, with households in Band G seeing a saving of £1,362 per annum if they improved their home by just one band, or a saving of £2,888 if they manage to gain a band D rating on a band G property.

Lessons from the motor industry?

With the price of fuel at the pumps up 22.4% in the last 12 months, more buyers are choosing electric vehicles. The Society of Motor Manufacturers and Traders’ report electric vehicles accounted for 17.7% of vehicles sold in February 2022, more than double the market share a year ago of 6.9%.

With consumers becoming more environmentally aware and energy cost spiralling, many will be looking more closely at their homes too. Research from the Home Builders Federation (HBF) suggests occupiers are becoming more aware of energy consumption and efficiency of their homes. In their most recent survey, the HBF state that 3 in 4 people are worried about their home’s energy performance, with 1 in 4 respondents citing energy efficiency will be a crucial factor in their next home move.

One approach is decarbonising their existing home, however costs for retrofitting existing buildings are far higher than incorporating these features into a new build property, even after the VAT rate on installing energy efficiency measures was cut in the Spring statement from 5% to 0%.  A report by the Climate Change Committee suggesting the cost of building a highly efficient new build home adds an additional £5,000 to build cost, whereas the bill for retrofitting an existing home would be almost five times more at £23,000.

* Marcus Dixon is Director of UK Residential Research at JLL *

A Greener Home Time For Tenants? ...

The latest research from NatWest and IHS Markit has revealed that just...

With currently less than four years before all new tenancies need...

Landlords can be forgiven for being exasperated by the government’s exhortations...