By Alan Thomas
< Back

The UK government’s ban on the sale of new combustion cars from 2030 is fuelling...

Pets In Lets - can landlords and tenants REALLY agree on this?

Industry supplier the Lettings Hub has brought together industry leads from across the lettings and...

Video: Can Simple Billing help Tenants in the Cost of Living Crisis?

The cost of living crisis is arguably impacting on the private rental tenant more than...

Why Landlords Should Pay Attention to Fire Safety

In the wake of the Grenfell Tower tragedy, fire safety - particularly for residents -...

Clarity Not Confusion - White Paper reforms must be detailed

With speculation about what happens next in Westminster at fever pitch, now isn’t the time... 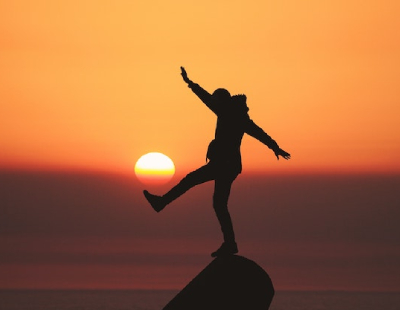 Alan Thomas, the chief executive of landlord insurance provider Simply Business - which insures over 350,000 landlords - has revealed five unexpected things to watch out for during ultra-hot weather.

1. Open windows are an open invitation for criminals - It’s only natural for people to open their windows. It can even be tempting for homeowners and tenants to leave windows open at night – or even throughout the day – to keep their property cool. But it’s worth remembering that an open window can offer a glaring opportunity to potential criminals, and we’ve seen examples of theft claims down the years where windows have been left open during the day when no-one’s home, and burglars have entered the house.

You can do a few things to keep your house cool and secure. For example, installing a cable window restrictor on any window that is easily accessible can be a good way to prevent a break-in. But also take extra care in your daily routine. Think of closing your windows as you would locking your front door when you leave the house.

2. Beware the gas barbecue - A benefit of warmer weather is that you can start cooking outdoors and in 2020, Britons held an impressive average of three barbecues each across the year.Many opt for the convenience of a gas grill, but not without risk.

There have been examples of barbecue gas bottles exploding when exposed to intense heat for a long period of time – and with temperatures set to break previous records this week, it’s worth being cautious. Remember to keep them out of direct sunlight, and store them in a cool place.

3. Burst pipes are not just a winter problem - Bursting pipes are an issue that is generally associated with winter due to water freezing and pipes expanding but plumbing can be just as at risk in hotter months too.

Pipes are prone to warping when exposed to extreme temperatures so if you experience issues with your pipes in the winter months, it’s worth paying attention to them during a heatwave, too. As the ground becomes drier, it’s more likely to move, which can cause pipes to shift and come loose.

4. Beware brickwork cracks - Subsidence occurs when the ground sinks around the foundations of a house and it can happen when the ground becomes dry and shrinks. So inevitably as the weather gets warmer, and there is less rainfall, the causes of subsidence become more common.

It’s good to try and spot the signs of subsidence early. Some things to look out for include cracks in the walls, ceilings, outside brickwork, and under windows; plaster cracking in a diagonal movement; and external doors not closing easily.

5. Don’t leave electronics out in the sun - Whether you’re working from home in the garden, or enjoying some music at the weekend, it’s inevitable that you’ll take electronics outside in the heat at some point. But it’s worth remembering that equipment like laptops and mobile phones can’t handle intense heat for long periods of time and can easily overheat.

They also contain lithium batteries which get very hot which can potentially cause fires. So pay extra attention to your equipment if you spend more time than usual outdoors in the hot weather.

The UK government’s ban on the sale of new combustion cars...

Pets In Lets - can landlords and tenants REALLY agree on this? ...

Industry supplier the Lettings Hub has brought together industry leads from...

Video: Can Simple Billing help Tenants in the Cost of Living Crisis? ...

The cost of living crisis is arguably impacting on the private...

Why Landlords Should Pay Attention to Fire Safety ...

In the wake of the Grenfell Tower tragedy, fire safety -...