How Tenants Can Build a Credit Score

The New Year is typically a time for people to take stock of their finances...

Energy Efficiency: The best thing landlords can do to help tenants

Households across the country are seeing their energy costs going up, so it is more...

It’s probably in the interest of landlords as much as tenants to slash energy bills...

Heavy snowfall can present a number of dangers to your property.  Gutters can become clogged or...

People you can trust are an essential part of your team when you get into... 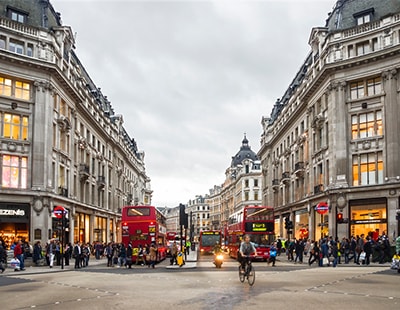 Earlier this week Zoopla released some rather healthy statistics on the UK rental market.

In recent months, the rental market has been left in the corner in comparison to the noise around rises in sales values - a gazillion percent here and a trillion percent there - and so it was of some relief to see some similarly buoyant rental numbers at last.

The headline figure is that private sector rents increased by 4.6% from September 2020 to the same month in 2020 and with, of course, big regional variations. This average figure of £968 per month is itself subject to the highest rate of annual increase since 2008.

This is somewhat unfortunate news for renters but great news for us landlords whom at last might see some yield related compensation for all of the angst that we have faced in recent years from tax breaks disappearing to mountainous, Covid induced rent arrears.

Actually, tenants aren’t doing so bad. Average UK wages are up by a healthy 5.8% year on year too and so I suppose I could argue that typically those that are renting are earning higher wages than the relative growth in their rent payments? The slight sting though is that our research highlights that over 40% of a tenant’s gross wages are now going toward paying rent and this is a number that is up from 37% in 2018.

What this means is that demand is strong and has doubled in Q3 versus Q1 in Leeds, Manchester and Edinburgh. Yes, supply of decent listings is also short (43% below the five-year average) and this is contributing to rent rises just as much as enthusiastic demand is and I do think that there are a sizeable number of tenants in a ‘rent trap’ whereby they are in arrears and can’t move on to free up more rental stock.

But this is somewhat temporary. The upshot is that the rental market is buoyant and seems set to remain so – depending upon the areas over which your portfolio is scattered. Let’s take a closer look at this….

Rents in the South West of England are up 9%, the fastest growth in the country. The East Midlands is plus 6.9%. Yet Scotland has seen rises of just 2.7% but Northern Ireland 5.8%. Our Welsh friends are achieving hikes of 7.7% - and so the regional picture is fragmented to say the least.

Interestingly my patch, London, is back on the up after a bit of time in the cooler with recorded rents increasing by 1.6% annually against a drop in values of 10% at the beginning of 2021. In fact, capital values have improved by 4.7% in the last three months and things will now heat up further within the M25 as people continue to return to their urban desks having realised that a shed in a pretty field with a view but with patchy broadband and Pret but a distant memory, is really not for them.

I wrote last time about landlords doing okay from capital appreciation over the past few years despite other bumps in the road that we have all faced as landlords. With this in mind and in light of this latest rental market data that I’m highlighting here, I’m going to double-down on my ‘landlord view’… it’s a good time to be a property investor and will remain so for quite some time to come.

And my tip is this. The London rental market is bubbling again yet house prices in the capital are still somewhat subdued although that’s not going to be the case for long. This means that you can now grab a relative bargain and know that it’s going to go up in value and that you will find a tenant swiftly at a great rent. This imbalance is a rarity.

My money as an investor and a landlord is on London and yours should be too – especially as thousands of overseas buyers that have stayed away for almost two years start to return with cheque books in hand. Prices will bounce.

*Marc von Grundherr is a landlord and Director of Benham & Reeves, the international estate and letting agents

How Tenants Can Build a Credit Score ...

The New Year is typically a time for people to take...

Energy Efficiency: The best thing landlords can do to help tenants ...

Households across the country are seeing their energy costs going up,...

It’s probably in the interest of landlords as much as tenants...

Heavy snowfall can present a number of dangers to your property.  Gutters...