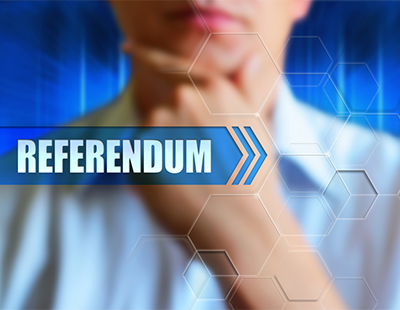 After forcing Burnley Council to hold a referendum on a directly-elected mayor, a disgruntled buy-to-let landlord has now vowed to do the same in Blackburn with Darwen after it extended its selective licensing of landlords.

Last year, landlord Geoffrey Berg, from Prestwich in Bury, created a petition calling for a referendum to decide whether Burnley Borough Council should be led by an elected mayor after becoming irritated with Burnley Council’s extension of its Selective Landlord Licensing scheme to several more areas of the Lancashire town.

He ultimately wanted to trigger a referendum in Burnley offering the public a vote on whether Burnley Council leader councillor Mark Townsend should be replaced by a directly elected mayor.

Last week, Blackburn with Darwen’s executive board approved the new licensing scheme and extended it to cover not just Sudell ward but also parts of Marsh House, Earcroft and Sunnyhurst.

Berg, who owns homes to rent in both Darwen and Burnley, as part of a portfolio of buy-to-let homes across the North West of England, fears that the licensing scheme will have an adverse impact on the local private rented market by discouraging investment in the sector, leading to more vacant homes in the area.

He has now confirmed that he will press ahead with a petition calling for a mayoral referendum in Blackburn with Darwen after the vote on the issue in Burnley on May 4.

Berg said: “I will proceed with the petition necessary to call a referendum on an elected mayor in Blackburn with Darwen in due course after the vote in Burnley.

“It is legal and appropriate to pursue this process to try and stop thousands of homes being devalued by such schemes.”

The 61-year-old landlord has already gained support from many local residents and Tory councillor, Imtiaz Ali, who fears that the new scheme could increase rents for tenants.

“The buy-to-let market will disappear or be seriously crippled,” he said in a meeting last week.

A new landlord organistaion has become the largest ever trade body...