By David Hargreaves
< Back 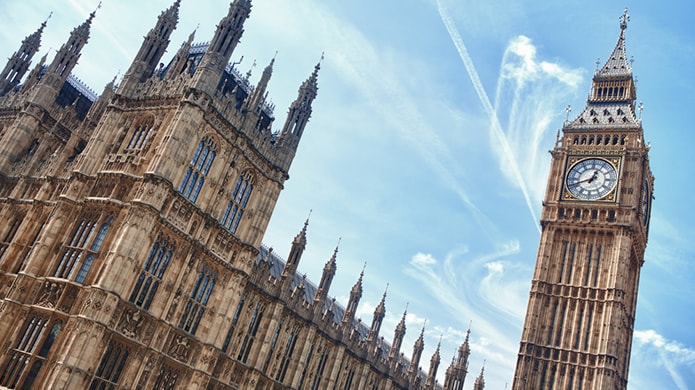 The government can’t afford to provide them and nor can local authorities so over the past 15 years or so, the private sector has stepped up to the plate to an extent whilst at the same time enabling Mr and Mrs Smith to take care of their long term future as the government can’t afford that either and pension funds have performed abysmally. Indeed there are now 1.9 million private landlords in this country.

It sounds a match made in heaven or so you would think; the private sector helps solve the housing crisis and take care of its old age!

Perfect. Or so you would think but no, the government seems to think all these ‘money grabbing private investors’ are getting rich quick, and are pushing up house prices. So they are trying to tax them in to submission by applying a 3% stamp duty surcharge on all purchasers - on average £5,000 in the East Midlands - and preventing landlords offsetting interest charges against income for tax purposes. And it’s working.

Our local authorities have decided to jump on the bandwagon by first of all introducing the need to obtain an HMO licence if your property has three bedrooms or more - costing a mere £910 for five years and now they are proposing that every let property should pay them £610.

And now the government has announced letting agents won’t be able to charge admin fees or referencing fees. The result will be that these costs will be passed on to the landlord through higher lettings and management fees. Letting and managing agents are not making big money and with more and more red tape, these admin fees and referencing fees will have to be replaced somehow.

So Mr Private Landlord, who was previously earning a net yield after all costs of circa 3.5% - 4.0% will now as a result of increased acquisition costs, increased tax, increased letting and management fees and now licensing fees will be lucky to earn 2% to 3% for a significant amount of risk and hassle.

So where will they put their money? Certainly not the bank at 0.1% interest (if they are lucky). They will probably move into commercial investments where they get longer leases - five years as opposed to six months, stronger covenants, a rent cheque every quarter and net yields of 6-8% rather than 2-3%.

So keep going central government, keep going local authorities. All you are doing is pushing out the private residential landlord which will reduce the number of homes to rent at the time of an acute shortage. This will then lead to lower housebuilding. As one of the key markets for developers shrinks, there will be a lower stamp duty take-up for the government and, due to an even more restricted supply, we will see rents rise.

For those investors who remain, their increased costs will also be passed on to tenants in the form of increased rents as well - a double whammy!

None of this is rocket science. It is simple economics; restrict supply and the price goes up. Unfortunately for a few popular headlines, the government and local authority are going to make that basic right of somewhere to live more difficult for those that they really should be helping.

For what it’s worth, here is my suggestion: Scrap stamp duty on buy-to-lets all together, allow interest to be offset as a cost, remove local authority licensing and the ‘rip off fees’ but maintain the right to carry out ‘spot inspections‘ and introduce a cap on admin fees and referencing fees – the result?: More money in to the sector, more housebuilding, more people taking care of their own pension, more supply of homes to rent, more choice and stabilised rents.

Oh, and maybe the government should sort out the planning system as well rather than laying the blame at the feet of housebuilders for ‘land hoarding’ as the cause of the housing crisis.

Local authorities should make sure there are enough planning officers in a planning departments to deal with applications (they certainly take enough in fees) and re-programme their planning officers to be helpful and catalysts for development. Their current mind set is at worst to stop development and at best to stall it - by dragging out the process so it takes at least 12 months to get a decision and then perhaps another six months while the councils’ lawyers draft the Section 106 agreement and seek to take ‘legally’ as much money off the developer as they can get. Is it unreasonable to be guaranteed a decision three months after an application is submitted?

If you speed up planning, more houses will be built more jobs will be created, housing supply will improve, more people will have somewhere to live and rents and prices will stabilise.

David Hargreaves is the co-founder of property agent FHP.

The government remains committed to building more new homes, but their...