A landlord in Grimsby has been jailed and ordered to pay costs of more than £100,000 after putting the lives of his tenants at risk.

Keith Newsum, 54, of Humberston Avenue, Humberston, was slammed by Judge Peter Kelson QC at Grimsby Crown Court last week for being “wholly money-orientated” and for “cutting corners” in his duties after his tenants could have died after fire alarms failed to go off during a fire at one of his rental properties.

Tenants had to flee for their lives after the blaze caused by a discarded cigarette swept through a multiple-occupancy property in Bursar Street, Cleethorpes, just over two years ago. 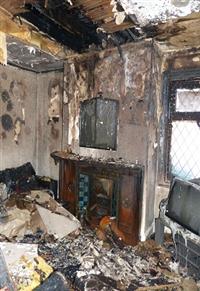 Newsum admitted that he had failed to have a suitable fire risk assessment in place, along with failing to take general fire precautions and failing to have the premises equipped with appropriate fire detectors.

He also confessed that he had not provided self-closing fire doors and failed to ensure that fire doors were not wedged open.

Newsum was jailed for five months and was ordered to pay £100,000 costs and £4,200 compensation to tenants.

The landlord, who has previously spent time in prison, may now have to sell some of his assets to pay the costs and compensation bill within the 18 months ordered.

Judge Peter Kelson QC told Grimsby Crown Court: “This case demonstrates how quickly fire spreads and how dangerous it is.

“Whatever he did do was woefully inadequate and a failure to appreciate sufficiently the fire risks.

“You put your wealth before your tenants' welfare. You did not carry out fire assessments. 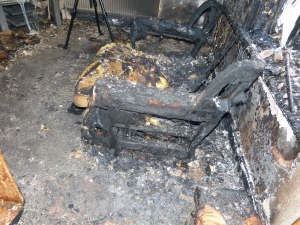 “You never took advice from a fire safety  expert. You put wealth before welfare.

“You were corner-cutting, just as you were with  electrical work.

“It's only by the actions of residents that they  all got out alive. It's a matter of sheer good  fortune.”

The judge continued: “You are a man consumed by putting your own finances before the safety of your tenants.

"You were trying to protect your profits. I can't believe a word you say about your finances.

"You are a landlord who is more concerned with your wealth than your tenants' welfare. You're putting profit before safety.

"You have deliberately cut corners to increase your profits. Nothing is ever straightforward with you."

Guy Piggott, chairman of the Humber Landlords Association, said that it is “regretful” that it has taken a fire and the very real potential for loss of life to highlight the need for being aware of, and acting upon the regulations that govern those letting out property.

He commented: “Humber Landlords Association (HLA) are constantly striving for improvement within the Private Rented Sector, this includes attendance at our quarterly meeting by professionals to give advice on legislation, health and safety issues as well as on best practice within the industry.

“During 2014/15 HLA arranged several courses on Housing Health and Safety Rating System (HHSRS) and more than twenty members passed a field assessment to prove competency. This qualification enables them to assess and manage the risks not only within their own properties but also to assist other members with theirs. During 2016 the focus turned to Houses in Multiple Occupation (HMO) and a number of members attended a course in that covered Management Regulations and Fire Awareness, once again raising awareness amongst members of some of the issues surrounding HMO's.

“Whilst any reminder of the regulations, and more importantly the consequences of failure to pay due regard to these is always welcomed by responsible landlords I believe that our members are amongst the best informed in the area. It is the aim of our organisation to set the benchmark for not only health and safety within our rented properties but also that of quality and management of the accommodation provided.”

A landlord was handed a huge cleaning bill after his house...

A rogue landlord has been ordered to pay £5,600 after rubbish...