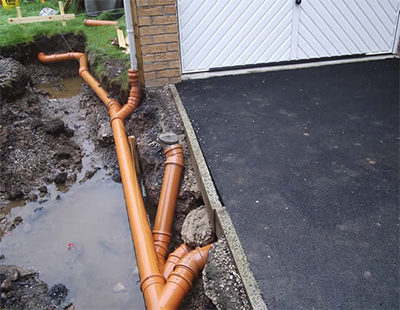 The majority of private renters have experienced problems with poor drainage or damp, according to a new study.

A survey of 1,000 tenants, carried out by drainage firm Lanes Group, found that 85% of respondents had experienced drainage or damp issues at some point during their tenancy.

Some 29% of those who experienced problems said they didn't receive help from their landlord.

The most common problem encountered by tenants is persistent damp on walls and around windows.

Other respondents cited low water pressure, blocked drains, leaking pipes and flooding as problems they had encountered while renting.

Renters in the capital are more likely to experience drainage problems than tenants in other regions, with 90% of London tenants taking part saying they had contacted their landlord due to plumbing issues.

“Having adequate drainage facilities installed and carrying out regular checks by professionals will go a long way in keeping drainage systems in rented properties running correctly.

“This should be supplemented by giving tenants clear information on what they should and shouldn’t put down drains.”

Lanes Group has created a guide to help new landlords get to grips with drainage and plumbing in rental properties.

Landlords have been warned that ignoring damp complaints could put their rental...

Almost three quarters of landlords have experienced an escape of water...

How to be a successful landlord in five easy steps ...

Tenants that have nothing but respect and praise for their landlords...