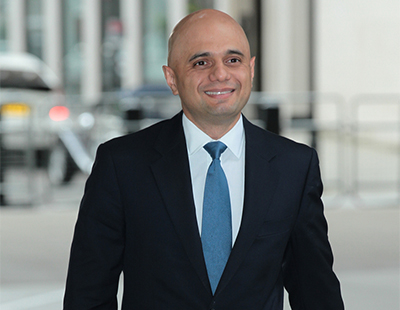 The Secretary of State for Communities and Local Government, Sajid Javid, yesterday pledged to offer private sector tenants’ greater rights by making it compulsory for private landlords to sign up to an ombudsman redress scheme - and that there will be a consultation on a new housing court.

Under the initiative announced at the Conservative conference, all landlords will have to become members of an ombudsman redress scheme in a bid to improve the dispute resolution system for renters.

New incentives will be unveiled in the November Budget to ensure landlords offer tenancies of at least 12 months, said Javid.

The government will also legislate to ensure all letting agents are registered, which would mean that agents would not be able to operate in the role without qualifications or professional oversight.

The Communities Secretary said: “For too long, tenants have felt unable to resolve the issues they’ve faced, be it insecure tenure, unfair letting agents’ fees or poor treatment by their landlord with little to no means of redress. We’re going to change that.

“We will insist that all landlords are part of a redress scheme and we will regulate letting agents who want to operate.

“Everyone has a right to feel safe and secure in their own homes and we will make sure they do.”

Earlier this year Citizens Advice called for the introduction of a free, mandatory and independent way for tenants to make complaints, in the form of an alternative dispute resolution system, across the private rented sector.

Gillian Guy, chief executive of Citizens Advice, which is also calling for it to be a requirement that properties meet a national minimum health and safety standard before a landlord can let it out, said: “Renters living in squalid or unsafe homes have limited options when landlords let them down.

“Tenants whose landlords dispute the need for essential repairs or improvements often end up having to pay out of their own pocket - and some fear being evicted in retaliation. Currently the time, complexity and cost of taking a rogue landlord to court means that this is a route taken by just one in 100 private tenants.

“For people paying high rents for homes in a poor condition there needs to be an easier and cheaper option to be heard - which is why it’s welcome that the government has recognised the need for renters to have access to a redress scheme, bringing it into line with other consumer markets. It's important that the scheme is free to access and available for any type of dispute.”

Citizens Advice has called for more regulation of the private rented...

Tenants who complain almost twice as likely to be evicted, says Citizens Advice ...

Private renters who complain to their landlord about problems at their...

Private renters reluctant to ask for repairs to their home due to ‘fear of retaliation’ ...

All letting fees should be covered by landlords, says charity ...

All letting agency fees should be paid by landlords, rather than...