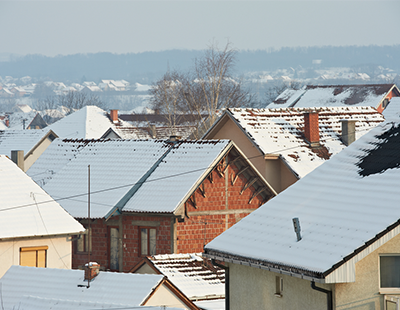 A high number of tenants in the private rented sector feel as though they are being left with little alternative but to live in cold homes out of fear of high heating bills and losing their tenancy, research shows.

The study, carried out by Sheffield Hallam University and funded by the Eaga Charitable Trust, an independent grant-giving trust committed to fighting fuel poverty, was developed to provide a better understanding of the existing state of energy inefficiency in private rented sector housing.

The research, which focused on private rental sector tenants across Hackney in London and Rotherham in South Yorkshire, found that many tenants face considerable barriers to seeking help with cold homes that are unaffordable to heat.

The researchers at Sheffield Hallam said that respondents in both locations experienced dangerously cold homes and rationed their heating in winter due to energy inefficient properties and fears over high heating bills.

It added that the relationship between tenant and landlord was one characterised by fear on the part of tenants that any complaint may be countered by retaliatory action such as rent increases or eviction if they spoke out.

Most tenants apparently felt reluctant to make contact with their landlord and instead found ways to work around problems.

Keeping warm by routinely wearing coats inside the home, keeping blankets in living areas and spending extra time in bed or outside of the home were common practice, as was heating the home for very short periods in order to save money, rather than lobbying landlords for improvements.

Issues such as excess cold, condensation, and extensive damp and mould were widely highlighted, with respondents also highlighting increased suffering associated with chronic health conditions known to be exacerbated by cold homes and the emotional strain of insecure tenancies and living properties they wouldn't have chosen to live in. But many tenants also said that they had not lobbied their landlords for improvements.

Under the Energy Act (2011), tenants are able to request consent from their landlords to carry out energy efficiency improvements to properties. The landlord cannot unreasonably refuse consent. It is, however, the responsibility of the tenants to arrange funding. Although the majority of respondents were supportive of the Act in principle, the majority felt too afraid to approach their landlord about this.

Dr Aimee Ambrose, senior research fellow from Sheffield Hallam University’s Centre for Regional Economic and Social Research (CRESR), who led the project, said: “There is a key voice missing from the debate about energy performance in the private rented sector: that of the tenant. Tenants are under-researched and underrepresented, lacking a collective voice due to the absence of organised groups representing them.

“The picture emerging from the accounts of respondents is one characterised by limited housing choice that leads to the acceptance of poor quality properties that would otherwise be unacceptable, to fear of challenging the landlord in case of retaliatory action, to enduring cold conditions and high bills, and to suffering the consequences for health and wellbeing.

“This research represents a decisive step towards a stronger voice for tenants in the debate about energy efficiency in the private rented sector."

Dr Naomi Brown, manager of Eaga Charitable Trust, commented: “This is highly significant research which is hard-hitting in its depiction of the challenges that tenants in the private rented sector face.

“The Eaga Charitable Trust is very pleased to have funded the research and hopes that it will influence positive changes to enable private tenants to live in warmer, healthier homes.”

Landlords prosecuted for failing to licence or maintain their BTL properties ...

A landlord in Sheffield, who also happens to be a company...

Landlord’s prosecution must act as a ‘warning to others’, says councillor ...

A landlord in Sheffield has been prosecuted for illegally evicting his...