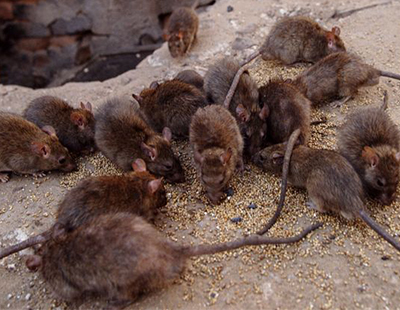 Buy-to-let investors are being warned not to leave their properties to fall into disrepair after a landlord was found guilty of allowing a vacant property in Liverpool to become overrun by rats.

Liverpool City Council is currently targeting home owners in the city who are leaving homes to fall into disrepair to prevent more vacant properties in the city becoming infested with rats.

Landlord Giles McHugh, of Farnham, Surrey, was found guilty at Liverpool Magistrates’ Court of failing to remove overgrown vegetation and rubbish from outside the property he owns in Norris Green, which caused it to become what was described as “a home for vermin”.

Despite receiving several letters warning him about the problem, McHugh failed to address the issue at the property, leaving the council with no alternative but to undertake the work.

McHugh chose not to attend court, and was fined £500 in his absence and ordered to pay costs of £150.

The city council, which will also now pursue the landlord for the costs incurred in carrying out the works, is now warning landlords to ensure that they manage their properties efficiently.

Councillor Frank Hont, cabinet Member for housing, said: “The impact of derelict houses on the local community is immeasurable and infestations of rats and mice cause untold distress.

“When refurbished this property would make a lovely family home.

“It is part of the Mayoral Pledge to deal with long term vacant houses and engage with owners to bring the properties back into use.

“In this case our efforts were frustrated and we had no option but to take legal action – this should be a warning to those who let their vacant property go to wrack and ruin, engage with us to put the property right or face the consequences.”

Nottingham City Council has been slammed for wasting taxpayers’ money after...

The complexity of the Government’s plans to turn landlords into border...