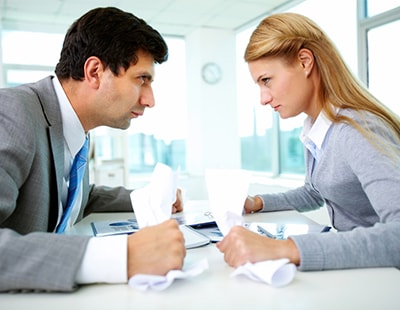 A growing number of tenants and landlords are falling out over a range of issues, from cleaning and maintenance duties, to matters relating to decorating and home improvements, new findings have shown.

Research published by lighting experts, Lightbulbs Direct, has revealed that the truth behind the overwhelming majority of landlord and tenant disputes, with almost half - 49% - of UK tenants admitting that they have fallen out or argued that their landlord in the past.

The study suggests that 89% of people would consider moving out of their home if they did not have a good relationship with their landlord and 18% of tenants described their landlord as being unapproachable.

The research found that the top five reasons for calling landlords are to fix a damaged window (66%), seek consent to decorate (49%), regarding broken appliances (46%), unblock a plug or toilet, clean a dirty property (33%).

Some of the most unusual reasons for tenants calling their landlord were found to be; to ask for help when hanging photos and wall art (16%), to tighten the screws on a doorframe (8%) and to ask for help moving furniture around the property (7%).

With every difficult landlord often comes a challenging tenant. The research also revealed that 24% of tenants surveyed had missed a rental payment in the past.

Those over 65 years old are also less likely to have missed a rental payment too (5%) in comparison to 44% of those between the ages of 25 to 34 years.

David Tetlow, ecommerce manager at Lightbulbs Direct, said: “Whether you’ve been searching for ages or it was love at first sight, discovering the perfect property is often hard to find. When it comes to renting, it’s easy to be persuaded by your dream home but finding out who your landlord is before you sign a tenancy agreement is extremely important and will help you to understand how approachable they’re going to be in a crisis.

“You should always take the time to research and understand your rights as a tenant and your landlord’s rights to avoid any difficult situations in the future too.”

Energy efficiency may be make or break for tenants, survey claims ...

A survey claims that 80 per cent of prospective tenants would...

Top tips for landlords to avoid garden disputes with tenants ...

Gardens have always been a mixed blessing for landlords - currently...

Cannabis Cost - this is how much landlords lose thanks to rogue tenants ...

An expert assessment of the average cost of damage caused by...