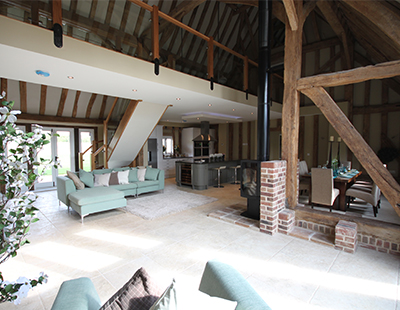 Landlords could potentially earn more than £850 extra a year in rental income by permitting their tenants to decorate their homes, according to new research.

The study conducted by British wallpaper brand Graham & Brown for International Wallpaper Week (1st - 7th October) found that one in five (19%) renters currently are not allowed to decorate at all – with strict bans on home improvements within their rental agreements.

But according to the research, one in five renters (20%) would pay extra, an average of £72 per month, if they were able to decorate to their own taste and standards.

Some 22% of tenants surveyed admitted that not being able to decorate is the hardest landlord rule they have to live with.

The poll of 1,000 renters also found that 43% would stay in a property for longer if they could make their own mark on it.

Meanwhile, 44% claimed that being able to redecorate would mean they would take extra care of the property, and almost a third - 30% - would invest money from their own pockets into making sure it looked its best – even though it would only be temporary.

Alan Kemp, head of brand marketing at Graham & Brown, said “The UK’s rental generation is increasing fast, with young professionals, new families, and over 50s amongst the largest groups opting to rent rather than buy.

“We have found that landlords discourage decoration, leaving Generation Rent lagging behind in the home style stakes. It shouldn’t just be homeowners who are able to put their own stamp on their home – especially as there are so many easy ways to do this which aren’t permanent, including strippable wallpaper, rugs and statement artwork.”

Intriguingly, almost eight in 10 (78%) landlords polled said they would not let their tenants decorate their properties with paint or wallpaper.

Not having the time to organise it, or not believing the style would suit all renters were among the top reasons why they openly discourage home improvements.

Despite this, there is some appetite for change. When it comes to what landlords are comfortable with in the future, a third - 32% - would consider decoration if tenants paid for it and the same amount would if professionals were hired to complete the work, and 31% if they were able to choose the decor themselves.

Poll: Would you let your tenants decorate your property with paint or wallpaper?

Landlord ordered to pay over £8,000 for catalogue of health and safety hazards ...

An unscrupulous landlord who failed to maintain his rental property, which...

Woking council will not ‘tolerate poor standards’ from landlords ...

The head of housing at Woking Borough Council has vowed to...

Renters and coronavirus: Tenants given ‘a certain amount of respite’ ...

These are tough times, and many people need help to cope,...

Phases one and two of the Clippers Quay and Salford Quays...