By Paul Sloan
< Back 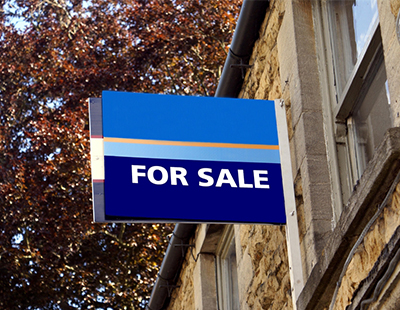 This week, there have been warnings that the buy-to-let market is looking ‘increasingly bleak’ and that landlords are deterred from entering the sector, or quitting it altogether as a result of tax changes.

However, despite scaremongering that there will be a ‘mass exodus’ of landlords, we are finding our landlords are taking a far more pragmatic approach, and I think this could be for four main reasons.

Firstly, the recent tax changes have been cited as a reason why we should expect landlords to leave the buy-to-let market en masse. But in reality, while the tax changes may cause a few landlords to reconsider their position, overall, the impact on the market has been exaggerated considerably.

For one thing, not all landlords are affected by the changes - it is only higher rate tax payers with a mortgage that will be affected. And even then, these landlords are still only going to be experiencing a phased reduction in what they can claim in mortgage interest relief. For landlords that I’ve spoken to although unwelcome, it is not enough to make them want to change their entire investment strategy.

Secondly, even if a landlord was thinking of leaving the market, they will not just ‘sell up’ as a knee-jerk reaction to this change in the rules. If they have made the decision to sell, that is one thing, but actually doing it is another.  They will have to consider the marketplace in which they are selling, and if they think the price they will get at that time is too low, they may decide to postpone the decision to sell and continue renting.

Thirdly, around 30% of landlords are accidental. By which I mean that they have not made active decision to become a landlord because they never actually intended to invest in property.

In most cases, accidental landlords have either inherited a property, which they then decided to rent out rather than sell, or they have had to move for work and find themselves needing the income from the property they already own. These landlords are not going to be forced out of the market by a tax change.

And finally, and probably most importantly, even when you consider that buy-to-let is perhaps not as profitable as it once was, what are the other options?

Interest rates are still at record lows, which means borrowing is cheap, but savings are earning next to nothing in interest, so landlords are unlikely to sell up and put the money in the bank. And the current political and economic climate means the stock market is so volatile, both at home and abroad, that it is not an attractive option either.

So yes, some landlords may be leaving the market, but most are taking a far more realistic look at the market and concluding that they would still rather invest in property than anything else.

Selective licensing is a minefield of regulation ...

In 2006, selective licensing was introduced, giving councils the power to...

From tomorrow a new law will make the consequences of failing...