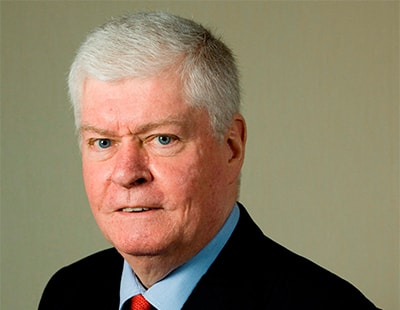 David Salusbury, the former chairman of the National Landlords Association (NLA), the UK Association of Letting Agents (UKALA), and of mydeposits, has passed away after a short illness.

Salusbury, who turned his focus to property after leaving the Royal Air Force, died on Saturday at the age of 74.

Salusbury was chairman of the NLA until 2013, helping the organisation grow its membership base to more than 20,000.

In particular he was instrumental in lobbying for insurance-based deposit protection for landlords and agents through the creation of mydeposits, enabling landlords to retain control of the deposit, and chaired the scheme from its inception in 2006.

“He held his beliefs and principles strongly, and was prepared to be forthright in advancing or defending them.

“If this led to controversy on occasion, it also ensured that the NLA reflected his commitment to promoting high standards in rented property and supporting landlords in every aspect of their business.

“Without his drive and determination, the NLA would be unrecognisable as the organisation it is today.”

Landlords and agents need ‘certainty about the market’s regulatory future’ ...

Following a raft of changes, including tax measures, in the buy-to-let...

Letting fees crackdown will not deter landlords from using agents ...

The government’s plan to ban letting agents in England from charging...