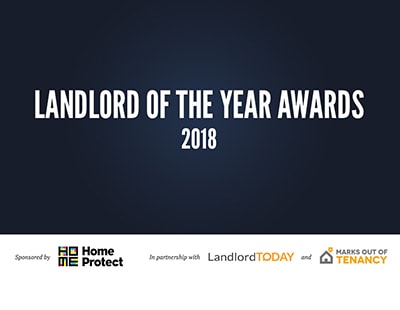 Designed to find and recognise landlords from across the nation who go above and beyond in offering a high standard of living for their tenants, the awards shine a spotlight on some of the very best buy-to-let landlords in Britain.

After being nominated and going through a tough judging process, which included asking tenants to share their real-life landlord experiences, Kellington beat off tough competition to be named the best private landlord in Britain.

The nominations were narrowed down to a 10-person shortlist, which was carefully considered by founder of Marks Out Of Tenancy, Ben Yarrow, editor of Landlord Today, Marc Da Silva, and HomeProtect CEO Mark Eastham. 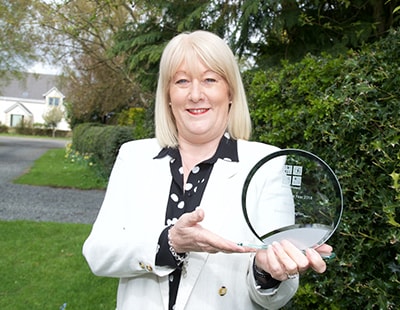 Since becoming a landlord a decade ago, Kellington has welcomed more than 30 tenants into her portfolio of homes.

“I feel extremely privileged,” she said. “I know there are lots of landlords who do a fantastic job, so to be chosen as Landlord of the Year was such a surprise.”

“I pride myself on developing a balanced relationship with my tenants, combining business acumen and professionalism with being approachable and setting clear procedures and lines of communication. I also believe it’s important to have a flexible mind set and the ability to understand and empathise at times.”

“Getting this award gives me so much gratitude knowing my tenants have taken the time to nominate me and genuinely appreciate all that I do!”

HomeProtect CEO Mark Eastham said: “On behalf of the team I’d like to say congratulations to our winner Elaine! I’d also like to thank everyone who got involved as the quality of nominations has been phenomenal with many tenants getting in touch to say just how grateful they are of the outstanding service their landlord provides. I can confidently say our first Landlord of the Year Award was a tremendous success.”

Marks Out Of Tenancy, a letting review website, has launched a...

New ‘Tenants' Tools’ launched by Marks Out Of Tenancy ...

Marks Out Of Tenancy, a letting review website, has launched ‘Tenants’...