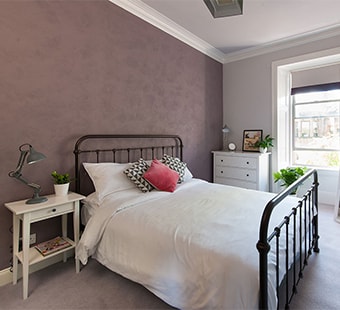 With a growing number of young families choosing to rent instead of buy, more landlords are now accepting tenants with young children, and that inevitably increases the risk of damage to the rental property.

Among the most common damage found in rental properties includes stains on the carpet, with many young families having had their flooring seriously damaged or stained by kids, a study found.

The survey, conducted by Selco Builders Warehouse, found that the most common stage for kids to cause havoc was revealed to be between new-born and three, with some parents admitting the contents of their child’s nappy was the cause of some of their floor stains.

Children’s drinks were found to be the biggest culprit of the damaged flooring followed by craft materials such as ink and paint, with the worst flooring for stains and damages revealed as carpet.

Three in 10 of the parents polled also said liquids are the worst thing for children to spill, with cosmetics and food not far behind.

“Everyone accepts children are going to have incidents when they are growing up, but when the repair bill can drift into the thousands it can prove costly for parents.”

The most common room in the property for flooring to be ruined is in the bedroom with 39% of spillages happening there.

This is closely followed by the dining room and kitchen, showing how food, including peanut butter and beetroot according to respondents, is such as big issue.

Jessamine added: “Carpets are clearly the worst type of flooring for damage and stains from a child’s activities.”

Jessamine suggests that laminate or luxury vinyl flooring may provide a worthwhile alternative when it comes to accommodating children as they are “more resistant to spillages and stains”, not to mention far more “hard-wearing”.

Poll: Do you prefer to have carpet in your rental properties?

Many landlords may be all-too-familiar with cowboy builders but new research...