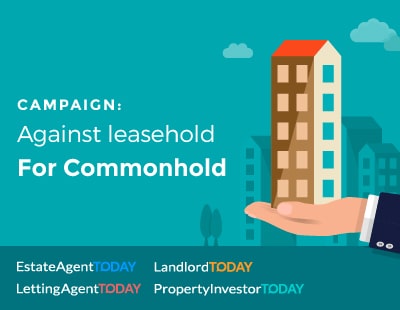 In recent weeks our campaign to replace leasehold with commonhold has continued to gather momentum both in the press and across social media.

As part of our efforts to support this worthwhile cause, we’ve so far outlined the major issues faced by leasehold landlords and homeowners and chronicled the nationwide battle to make the system a fairer one. We’ve also spoken to a range of industry experts who gave their views on the flaws of the current system and why commonhold is a viable alternative.

Now, in the third part of our ongoing campaign, we are giving our readers the chance to put their questions on leasehold and commonhold directly to Heather Wheeler – MP for South Derbyshire, de facto Housing Minister and a key figure at the Ministry of Housing, Communities and Local Government.

While the government has talked tough on ending abusive and unfair leasehold practices since 2017, when the full scale of the leasehold scandal was first revealed, it has still been short on action.

Feedback to the consultation on ‘Implementing reforms to the leasehold system’ – which closed in November last year – is still being analysed, with the most decisive action taken by the government so far being a recent industry pledge, announced by Housing Secretary James Brokenshire, to end toxic leasehold deals.

Findings such as this embolden those who accuse the government of merely paying lip service to the leasehold scandal, with many expecting genuine leasehold reform to still be some way off, particularly with the distractions caused by Brexit and other housing issues. If anything, it’s the Law Commission who are doing a lot of the legwork on leasehold reform, with plans for a radical reshaping of the system, the recent publication of its consultation on commonhold reform, and its proposals for a final report, and assisting the government with the implementation of its recommendations, at some point in 2019.

With the government still working on its response to the consultation on how to reform the leasehold system, there is every chance it could be next year before any concrete proposals are revealed. But is the government being too slow in its response or just carrying out due care and attention on an incredibly important and emotive subject?

Who is to blame for the leasehold scandal and is the government doing enough to protect leasehold landlords?

And why are new-build homes still being sold as leasehold nearly two years after the government said it would ban this practice?

Additionally, is commonhold the best alternative to the current system? Or are there other solutions that should also be considered?

If you’ve been badly affected by the leasehold scandal and would like your voice heard by a government minister, or if you just have a strong opinion on the matter regardless of personal involvement, this is the chance to send in your questions.

We will then collate these questions and they will collectively be put to Heather Wheeler. We will report back at a later date with any official responses from Wheeler and MHCLG appearing in the breaking news section of this site.

The government's ban on charging ground rent on leases in England...