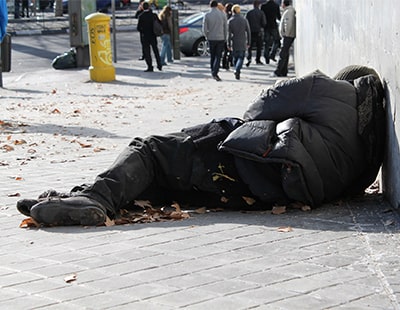 The government is being urged to restore the levels of housing benefit, otherwise known as Local Housing Allowance (LHA), so they truly cover market rents in order to prevent thousands of tenants from becoming homeless.

Crisis estimates that more than 6,000 households could be prevented from being pushed into homelessness and more than 35,000 children lifted out of poverty in the next three years in the UK if the government restored levels of LHA.

As part of Crisis’ Cover the Cost campaign, fresh research released today, conducted by Alma Economics, outlines the three-year cost and benefit analysis of a government investment of £3.3bn in LHA for immediate net benefits of £2.1bn.

More specifically, the charity is calling for £820m in the next year as part of upcoming spending decisions.

It is estimated that lifting the benefits freeze and investing in LHA would cover the cost of the cheapest 30% of market rents.

Restored levels of LHA would also help those already homeless to afford a rented home.

Alongside the immediate net benefits of £2.1bn over the three years, the research suggests that this would also give the government time to build a sufficient supply of truly affordable housing in the years to come whilst ensuring that homelessness across the country does not continue to rise.

Jon Sparkes, chief executive of Crisis, said: “Everyone in our society should have the means to rent a safe, stable home where they can build their lives. But every day at Crisis, we hear of the agonising stress and anxiety people face, unable to afford their rent and keep the roof over their head. Right now people are losing their homes and being left trapped in homelessness, unable to get back into adequate housing. We have to stop this happening.

“The UK government has made commitments to end rough sleeping and reduce homelessness, but without addressing the root causes behind homelessness, it will sadly continue to rise. Long-term solutions like building more affordable social homes will take time so in the meantime, investing in LHA, so it covers the true cost of rents, provides the quickest and most effective opportunity to help those already homeless back into housing and for thousands more, prevent it from happening in the first place.

“Over the coming weeks, we urge the government to prioritise investment in Local Housing Allowance as part of its upcoming spending decisions – this research makes a clear-cut case that doing so will have an immediate financial and human impact. Ending homelessness for good is truly within our capabilities but will only be made possible by taking steps like this.”

LHA is the housing benefit aspect of Universal Credit, providing support to those on low incomes who are unable to meet the cost of private rent. LHA rates were originally set to ensure the recipient could afford the cheapest third of properties in their area, meaning most were able to access a safe and stable home to build their lives in.

But following a series of cuts to LHA over the years – including a four-year freeze from 2016 – the rates are not keeping up with the cost of rents in most areas across the country, meaning safe, affordable housing is becoming increasingly difficult to find.  With families and individuals often accumulating debt having to make up the shortfall between their LHA and rent, this mounting financial pressure means they are easily forced out of their home and into homelessness.

Crisis is now calling on the government to commit to restoring the LHA rates so that they cover the true cost of rent.

"It is a national shame that thousands of families face being made homeless and councils are spending £1bn a year on temporary accommodation because LHA is failing to do its job. Addressing this issue will bring the government significant savings in the benefit bill, as well as giving some of our most vulnerable fellow-citizens a more secure environment in which to live.

"A staggering 97% of private rents in England are currently simply unaffordable under benefit rules. This leaves thousands of families having to choose between paying their rent and feeding their children. The social and economic cost of this broken system simply cannot be justified."