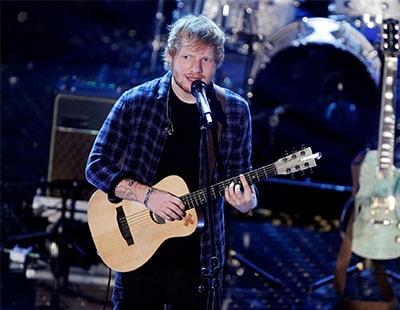 Ed Sheeran has reportedly spent £57m on investing in the property market. The singer, 28, is said to be the owner of 22 residential properties in London and five homes in Suffolk.

Sheeran has recently added to his property portfolio by acquiring five properties in the capital, collectively worth in the region of £10m.

Most of the homes were purchased through Maverick Properties, the firm set up by the singer in 2015 with manager Stuart Camp.

Sheeran has reportedly bought a wide range of properties, including two flats near Shoreditch for £1.45m, six flats in Hammersmith for £5.6m, two houses in Chiswick for £3.7m, as well as three properties in Holland Park for £7.7m.

Reflecting on the pop star’s investment strategy, a financial expert told the press said: "He's been incredibly shrewd by ploughing his money into property. And by focusing on London, where the market is still growing, he can charge top whack to renters."

Poll: Is now a good time to invest in London's property market?

A property company and its sole director landlord have been convicted...

West Suffolk councils have agreed to clamp down on dodgy landlords...