Activity levels in the rental market have bounced back more quickly than other parts of the property market, with landlords and letting agents responding to months of pent up demand.

The latest market data from Goodlord's Letting Activity Tracker shows significant gains across the last fortnight for both new and completed lets.

While the rental sector has been impacted by COVID-19, it has not been affected to quite the same extent as the sales market, with demand for rental properties steadily gaining pace since 13th May, when restrictions on moving property were lifted.

The busiest day for new applications was 2nd June, when they hit 112% of the volumes recorded on the same day in 2019.

The busiest day for completed lets to date has been 10th June, when activity levels reached 124% of that recorded on the same day in 2019. 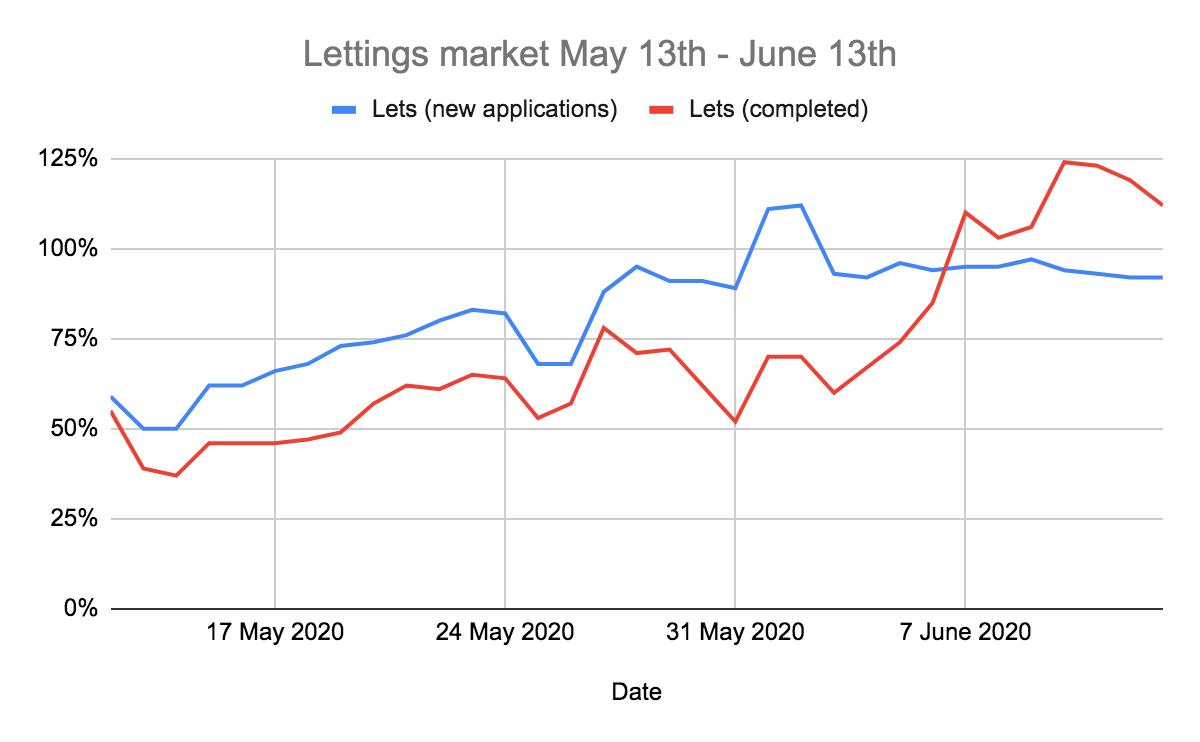 New applications have hit an average of 97% of 2019 levels over the last fortnight.

Since 1st June, completed lets have been running at an average of 94% of 2019 levels, with numbers increasing significantly since 7th June.

On each day between 7th June and 13th June, completed lets have remained higher than the 2019 average.

Tom Mundy, COO at Goodlord, said: “It’s been an incredibly busy few weeks for letting agents, landlords and tenants. They’ve risen admirably to the dual challenges of a surge in demand coupled with a totally new way of working and doing business.

“We are starting to see some much needed stability and consistency in the market. Alongside this, we’re seeing agents embrace new tools, processes and strategies to ensure lettings can continue safely across the UK.”