Right wing attack on “profiteering” landlords who should be “curbed”

A senior figure at the right wing magazine The Spectator has slammed landlords for blatant...

A trade body is warning that landlords may face a new challenge if, as expected,...

Mortgage activity is forecast to fall by six per cent by year-end as the market...

A landlord insurance company has identified the three most common reasons for landlords submitting a...

Over 1,000 responses to consultation on HMO licensing

A 10 week consultation by Portsmouth council on proposals for new HMO licensing has finished... 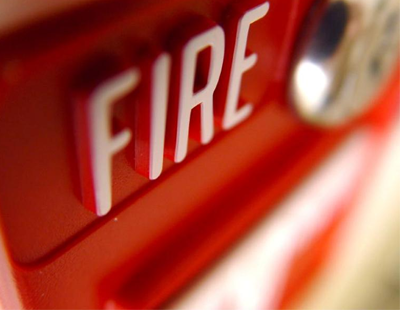 A landlord has been found guilty of a series of fire safety failings which left residents with only one option to escape a fire - via a restaurant with a metal shutter closed at night.

London Fire Brigade inspectors visited the takeaway restaurant in Islington after concerns were raised by one of the tenants and the local council.

There was residential accommodation on the first and second floors of the building with the takeaway on the ground floor. The only means of escape for the flats was via a single staircase to the restaurant, which had a metal shutter on the front when the shop was closed.

A resident of one of the flats had raised concerns with the landlord, Jin Zhang, about the lack of fire safety measures, and in particular the lack of a fire alarm system given that the premises were above a restaurant, and when no action was taken, contacted the local authority.

When the Brigade’s inspectors visited the property, a number of breaches were identified including fire doors removed on the ground floor, no emergency lighting and no fire alarm.

The breaches were serious enough that a prohibition notice was issued with residents having to vacate the building immediately.

As the landlord and the person responsible for fire safety in the building, Zhang was subsequently charged with six offences under the Regulatory Reform (Fire Safety) Order.

A Fire Brigade spokesperson says: “Although the shutter at the front of the restaurant was not locked at night, the residents would still have had to open it before being able to escape during a fire which is completely unacceptable and could easily have hindered their ability to get out quickly.

“It’s important for all tenants to be aware of their landlord’s responsibilities when it comes to fire safety so they can highlight any concerns.

“There’s no excuse for leaving people’s safety to chance, especially when information is so readily available to those with responsibility for safety in buildings to understand what their duties are and ensure they comply with the law.”