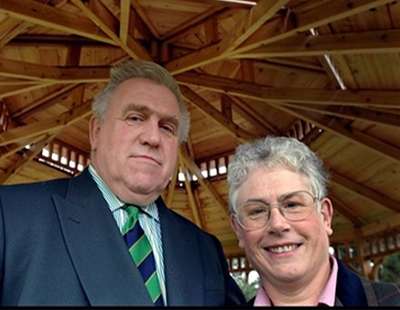 Multi-millionaire landlord Fergus Wilson - at one time described as Britain’s most successful buy to let landlord - is reported to have told a councillor to kill himself.

This was allegedly part of a long-running “campaign of harassment" spanning almost a decade, a court has been told.

Ashford council is applying to the High Court for a permanent injunction against Wilson to bring an end to harassment that it claims has been ongoing since 2011.

The Kent Online news website says the court has heard that legitimate inquiries by Wilson “would quickly turn to him constantly and repeatedly belittling, insulting and abusing councillors or council workers in an attempt to get his own way.”

This was part of a campaign which allegedly involved “a huge number of letters and emails” to the authority, along with “phone calls and formal complaints against officers, councillors and legal representatives.”

The council's representative Adam Solomon QC told the court that Wilson's behaviour had made workers feel harassed and intimidated, with some receiving emails from him on a daily basis.

Council leader Gerry Clarkson reportedly received many letters from Wilson sent to his home address, including one which advised him to "do all of the young people in Ashford a favour and commit suicide.”

The court also heard that Wilson subjected one of the council's legal representatives to “a focused ordeal spanning years, much of which featured emails to her superiors, some of which were copied to as many as 44 people within the council” and made personal references about her appearance.

Wilson’s legal representative, Andrew Deakin, argued that the communications the landlord sent out "didn't cross the threshold of what would be considered harassment”.

He also said councillors normally accept that they take on “the very real potential that individuals will write and express abhorrent expressions.”

Deakin added that writing about a person to a third party, such as an employee’s manager, could not be construed as harassment of that person.

Cases from both sides have concluded and a ruling is expected later this week.

You can see the full Kent Online story here.