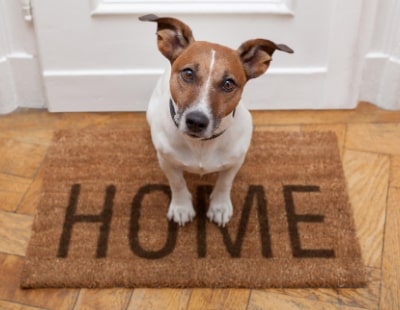 An agency says its bizarre list of items left behind by departing tenants shows how many renters actually appear to keep pets - even if landlords have not agreed.

A survey of 500 landlords on the books of online agency Intus Lettings shows that amongst the least surprising items left behind at check out were clothes, appliances, discarded rubbish and post house party mess.

But some findings have been much more shocking.

Animals – dead and alive – were a common theme within landlords’ responses, with everything from unreported cats and dogs that had been living in the property against rental agreements, to the more unexpected: a rat in an oven, uncaged tarantula and ducks living in a bath.

One landlord reported discovering a large lizard roaming the living room and another said they’d found a donkey living in the garden.

Hope McKendrick, head of lettings at Intus, says: “When you consider that 42 per cent of landlords say they have banned pets from their properties, the number who told us they had found animal life at their homes is considerable – and the vast array of species kept by tenants is bordering on the unbelievable.

“It just goes to show how important it is to carry out regular inspections and have clear contracts and deposit policies in place in order for landlords to protect their properties.”

Other landlords reported finding sex toys, drug paraphernalia and alcohol, including one respondent who had found 64 empty Jack Daniels bottles stashed in the airing cupboard.

McKendrick continues: “Keeping tabs on rentals can be time consuming and stressful, particularly for the 50 per cent of landlords who have more than one buy-to-let, or those that live far away from properties.

“Seeking the support of a letting agent is a sure-fire way to keep nasty surprises to a minimum and ensure that if issues do arise, they’re dealt with swiftly and professionally.”

Tips for landlords to keep their properties occupied year-round ...

The Hunters lettings agency has set out tips for landlords to...

Half of tenants “do not attend check-out” ...

Almost half of tenants in England and Wales do not attend...