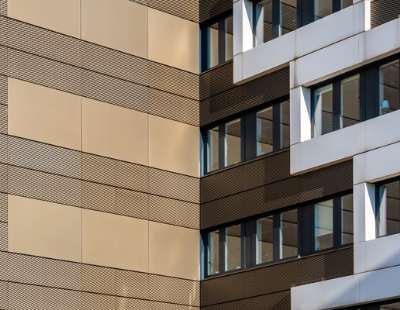 The National Residential Landlords Association is seeking clarification from gov ernment about whether landlords are included in the latest measure to help leaseholders with cladding remediation.

An announcement by Michael Gove, the Housing Secretary, left it unclear whether a new £4 billion fund to remediate towers under 18.5 metres but over 11 metres would apply to landlord owners as well as owner occupiers.

Gove says: “We have scrapped the proposal for loans so that leaseholders living in their own medium and high-rise buildings should not pay a penny to fix dangerous cladding.

“Working with members of both Houses, we will look to bring a raft of leaseholder protections into law through our Building Safety bill.

“And we will restore much needed common sense on building safety assessments, ending the practice of too many buildings being declared unsafe.”

“More than four years after the Grenfell Tower tragedy, the system is broken. Leaseholders are trapped, unable to sell their homes and facing vast bills.

“But the developers and cladding companies who caused the problem are dodging accountability and have made vast profits during the pandemic whilst hard-working families have struggled.”

However, it remains uncertain whether the term “leaseholders living in their own medium and high-rise buildings…” effectively excludes landlords.

So now the NRLA has written to Gove’s Department for Levelling Up, Housing and Communities to seek a definitive view.

The letter - from NRLA chief executive Ben Beadle - says: “We are concerned as to why the government is so reluctant at present to commit to landlords, who are leaseholders, receiving the same support as owner-occupiers. Both groups have faced the same problems, and both should be treated equally. We are calling on the government to rectify this problem as a matter of urgency.”

Elsewhere in the letter he says: “We question also how this situation would be fair to accidental landlords who were forced to rent out their properties because they could not sell due to cladding uncertainties. I should be grateful for urgent clarification on this point and for an opportunity to discuss this with the department.”

Property insurers have forced “crippling costs” on to residents of medium...

Experts are predicting that the exclusion of large scale landlords from...

The government has hit back at claims from the National Residential...

Gove slammed for “lazy and false” views about landlords ...

The government has been accused of basing its policy to solve...