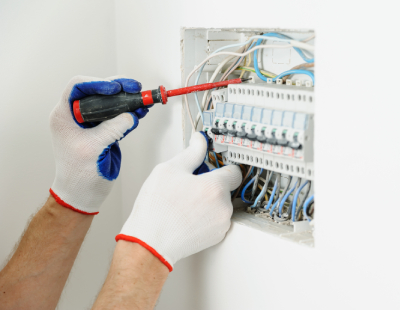 Electricians have revealed the 10 most dangerous mistakes made by those attempting electrical DIY, with some possibly leading to serious injuries or worse.

Almost half of those questioned in a survey admit to having meddled with electrics in a property.

The next most dangerous problems as a result of DIY work were leaving switching or outlets loosely connected, cutting wires too short, recessing boxes behind the wall surface, installing cables without a clamp, leaving connecting wires outside of electrical boxes, overfilling electrical boxes, accidentally reversing the hot and neutral wires, wiring a circuit breaker backwards, and installing electrical outlets close to water.

Dominick Sandford, managing director at ElectricalDirect - which commissioned the survey - says: “Interest in DIY has massively increased over the last few years and while this is great to see, it’s important that people stay away from certain electrical jobs that can lead to injuries.”

Do you rely on Google to provide home maintenance and renovation advice? ...

Home maintenance and renovation are without a doubt some of the...

Demand for good quality rental homes continues to grow, but with...