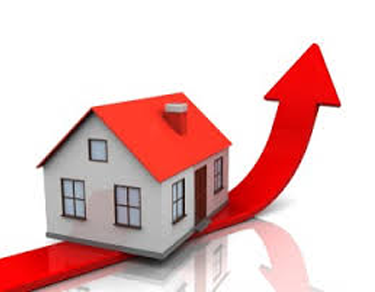 Annual house price growth in the UK accelerated to 11 per cent last month, a smidgeon up on June’s 10.7 per cent, according to the Nationwide.

House prices increased by 0.1 per cent month-on-month - the 12th consecutive monthly increase - taking the typical house price in July to £271,209.

Nationwide’s chief economist Robert Gardner says: “The housing market has retained a surprising degree of momentum given the mounting pressures on household budgets from high inflation, which has already driven consumer confidence to all-time lows. While there are tentative signs of a slowdown in activity, with a dip in the number of mortgage approvals for house purchases in June, this has yet to feed through to price growth.

“Demand continues to be supported by strong labour market conditions, where the unemployment rate remains near 50-year lows and with the number of job vacancies close to record highs. At the same time, the limited stock of homes on the market has helped keep upward pressure on house prices.

“We continue to expect the market to slow as pressure on household budgets intensifies in the coming quarters, with inflation set to reach double digits towards the end of the year. Moreover, the Bank of England is widely expected to raise interest rates further, which will also exert a cooling impact on the market if this feeds through to mortgage rates.”

Gardner says total housing market transactions in the three months to May were around 20 per cent below the highs experienced during the stamp duty holiday frenzy, but five per cent above pre-pandemic levels.

Gardner adds: “The number of cash transactions has remained elevated, though its share of activity has remained broadly stable at around 35 per cent. This is partly a reflection of an ageing population where more people own their homes outright. However, properties purchased for investment, such as a holiday home or buy to let, is also an important element of the cash market.

“Buy to let purchases involving a mortgage also remain higher than pre-pandemic levels. Sentiment is likely buoyed by the fact that rental demand remains strong, with upward pressure on rents, which may be encouraging landlords to enter the market, particularly if they view property as a hedge against inflation.”

May saw a slight slowing in the rate of annual house...

Capital appreciation to rumble into 2023 despite gradual slowdown ...