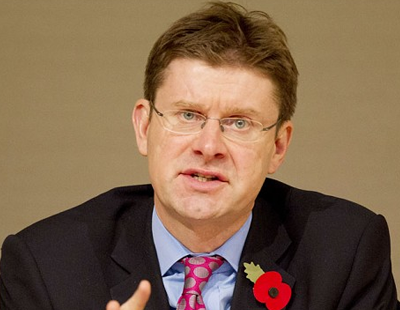 The government has announced new funding to crack down on rogue landlords and tackle 'beds in sheds'.

Communities secretary Greg Clark said the money will help up to 65 councils tackle rogue landlords who let out substandard homes and “make tenants’ lives a misery”.

The worst affected councils which have a large proportion of private rented stock in their areas and significant problems will be able to bid for a share of the fund to tackle irresponsible landlords who provide unsafe living conditions, exploit innocent tenants and blight communities.

The fund will also target ‘beds in sheds’ which are often rented to vulnerable migrants by ruthless landlords who charge them extortionate rents to live in cramped conditions.

Councils can use the money to:
• Increase inspections of property
• Carry out more raids
• Initiate more enforcement action and prosecutions
• Demolish sheds and buildings that are prohibited

Communities Secretary Greg Clark said: “We’re determined to keep the country building and increase the supply of good quality homes that families want, both to buy and for rent.

“Key to this is rooting out the minority of landlords in the private rented sector that let out poorly-maintained and unsafe properties to vulnerable tenants, making their lives a misery.

“Council-led efforts mean more than 3,000 landlords have faced enforcement action and even prosecution in the past two years – today’s £5 million funding, combined with the extra powers we’re bringing forward, will help them go even further.”

Housing minister Brandon Lewis said: “The majority of tenants are happy with their home, but the private rental sector is still afflicted by too many rogues – who rent dangerous, dirty and overcrowded properties without a thought for the welfare of their tenants.

“That’s why we are inviting the worst affected councils to come forward and apply for extra funding, so they can root out the cowboys and rogue operators.

“The government is determined to crack down on rogue landlords and this funding, alongside measures in the Housing and Planning Bill, will further strengthen councils’ powers to tackle poor-quality privately rented homes in their area.”

The Residential Landlords Association (RLA) welcomed the new funding. Policy director David Smith said the RLA wanted to see ‘rogue’ (he RLA prefers ‘criminal’) landlords driven out of the sector once and for all.

“We have long maintained that it is not the lack of regulations that has allowed criminal landlords to get away with causing misery for tenants, but the lack of enforcement. There is currently a tiny number of prosecutions taking place.

“This extra funding will help councils to do more to root out bad landlords and ensure that they are prosecuted and that tenants are protected against them ever renting out property again.”

Three criminal landlords have paid £350,000 in fines after being found...