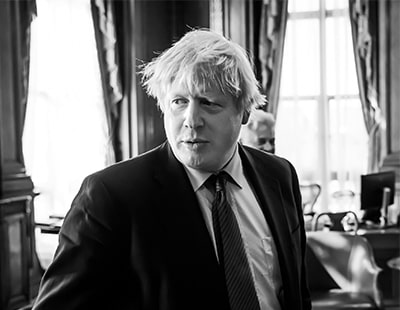 Although the recent election was indisputably dominated by the Brexit question, the fact is that there’s far more to managing the UK than “just getting Brexit done”.

The Conservatives will have to manage the UK’s economy in general and will need to decide their preferred direction of travel for the housing market.

As such, the last election could have a major impact for both landlords and tenants. Here are a few key points which emerge from it.

Brexit is now, effectively, a certainty

One point on which everyone can probably agree is that whatever form Brexit ultimately takes, simply having clarity on what to expect has to be an improvement on the uncertainty which has dragged on the UK over the last two-and-a-half years.

People will finally be able to make informed decisions on what the future is likely to hold for them and what, if anything, they want to do about it.

This could potentially bring a lot of buyers onto the market, which might be bad news for landlords (although it could be good news for property investors who wish to reduce the size of their property portfolio).

That said, it may well be that buyers will only start to trickle back into the market and will wait until the end of the transition period (i.e. the end of 2020) before deciding whether or not to make the major commitment of a property purchase.

As a minimum, landlords can probably expect renters to let leases run their course and if they are happy they may choose to stay a bit longer even if they could afford to buy, in order to give themselves maximum flexibility.

Given the fact that spring and autumn tend to be the busiest periods in the housing market, this could mean that it will be autumn 2021 before residential buyers really start to come out of their Brexit-induced hibernation, although investment buyers, bargain-hunters and other “early birds” will probably be busy long before then.

Residential landlords are likely to get some breathing space

One of the Labour party’s more infamous suggestions was to force private landlords to sell off their properties to their tenants.

The issues with this suggestion have been widely detailed and it’s entirely possible the idea was just thrown out there to see what sort of reaction it received so that the Labour party could develop more workable policies, but it’s probably safe to say that the Conservatives are highly unlikely to support these kinds of measures.

It’s also probably fair to say that with Brexit due, technically (and quite possibly actually) at the end of January 2020 and then a year’s transition period, the Conservatives are essentially going to have their hands full with Brexit-related matters at least until the end of 2021, if not 2022.

This would leave them very limited time for “business-as-usual” matters before the start of the campaign for the 2025 election (assuming the UK returns to the standard election timetable).

That being so, it’s highly unlikely that landlords will see any groundbreaking legislation. What is more likely is that the government may do a general “tidying-up” job on existing legislation and possibly introduce a few new measures which were already in the pipeline, such as the end of “no-faults” evictions.

How landlords can make their properties appeal to younger tenants ...

The hidden short-term letting hotspots in Liverpool and Manchester ...

Liverpool and Manchester are both recognised as great destinations for property...