Rents increased by an average of 2% in August thanks to greater demand from renters, the latest figures show.

Modest growth in average rental costs across a number of regions was fuelled in part by strong demand for new properties from students as well as an influx in high quality homes hitting the market, according to the data and analysis from Goodlord.

The research also reveals that void periods in most regions remain well below their annual average, as the market stays strong heading into autumn.

Unsurprisingly, London remains the most expensive place to rent a property with an average monthly cost of £1,713. This is followed by the South East, where the average cost per property was £1,204 during August.

Wales remains the cheapest place in the UK to rent - at £685 per property - despite recording a 2% increase in average rental costs last month. 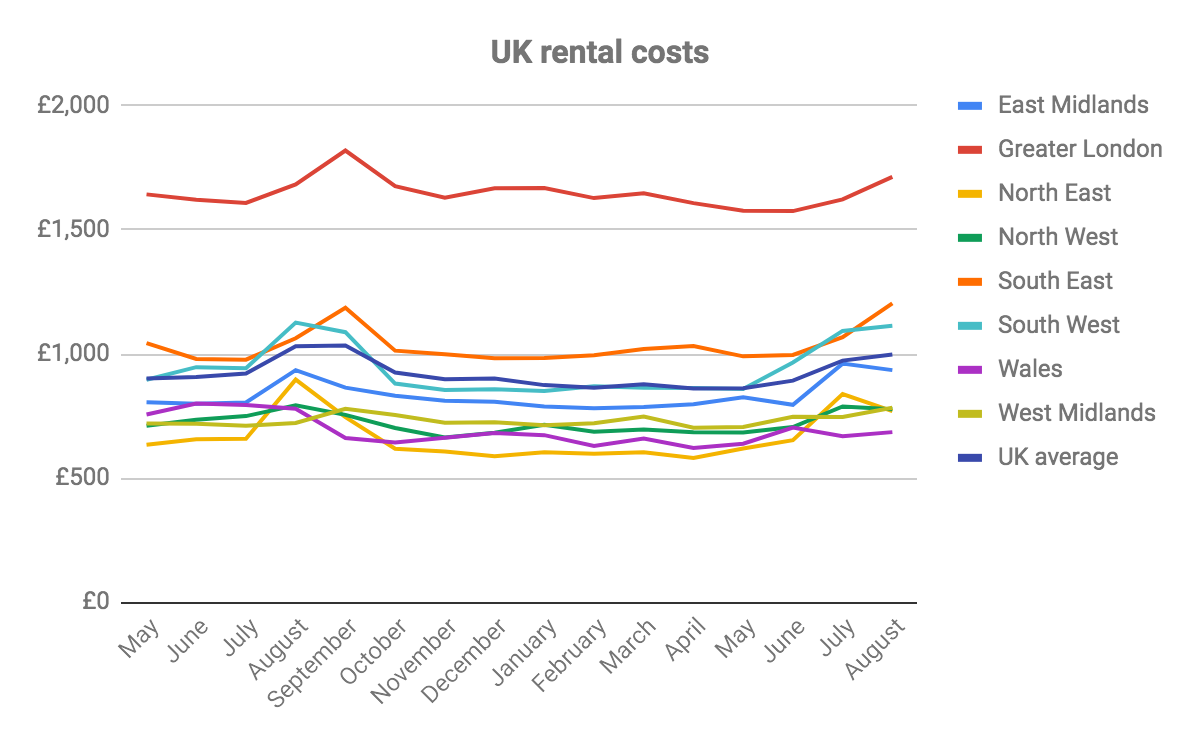 Elsewhere, the East Midlands, North East and North West all recorded dips in the cost of rent. The North East saw the biggest drop, seeing average costs decrease by 9% month-on-month.

Following a jump in market activity throughout June and July, last month saw the pace of transactions ease off slightly. The average void period for the UK as a whole increased from 16 days to 18 days.

The South East was the only area to see a drop in void periods during August, with the average falling from 15 to 13 days.

In contrast, the South West saw the biggest hike in void periods, increasing from 10 days in July to 24 days last month. However, the year to date average for the region is 20 days, indicating that June and July were exceptionally busy months for the area, with the normal pace of lettings now beginning to resume.

All other regions recorded a slight increase in voids of between one and three days.

Tom Mundy, COO at Goodlord, commented: “It’s encouraging to see average rents holding up as the market starts to settle into a more predictable pattern. We’re now seeing the frenzied rush to rent of June and July reach its natural conclusion, but demand remains buoyant and an influx of higher quality properties are starting to hit the market - particularly in London and the South East - which are holding prices steady.

“Last minute university choices have also been keeping lettings in student towns lively during August. Overall, the market picture remains positive as we head into the Autumn.”