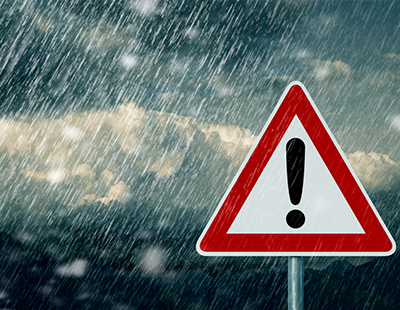 With unusually cold weather even by winter standards expected later this month, Aviva has issued guidance for landlords and other home owners facing the chill.

“Freezing temperatures can cause havoc to homes and businesses, and if properties are uninhabited, issues can go undetected for longer. However, there are some simple and inexpensive things that can be done to protect” explains Andrew Morrish, UK claims director for Aviva.

Damage caused by freezing water and leaking or escaping water from tanks, pipes, or heating systems is covered as standard under most contents and buildings insurance policies. Damage to the pipe itself is also usually covered under buildings insurance.

Do you have frozen pipes? If taps aren’t working, showers aren’t running and you have problems with your heating, you may have frozen pipes and it’s likely you will already know about it. If you’re not sure, check all the taps in your home are running freely, especially those hidden away outdoors or in the garage.

Can I help prevent them bursting? If you have a frozen pipe that is accessible, try gently warming it up with a hairdryer. At the same time turn on the tap or water supply to that pipe - eg, the tap or shower and keep it running. Leave the tap on until the water starts running again.

If the worst happens: If pipes have burst, turn off the water at the main stop cock - by turning off the water you will reduce the amount of water which can escape and so minimise damage to your home. Switch off central heating and any other water heating installations at the same time to avoid further damage and open all taps to drain the system. Call your insurer as soon as possible.

- Lots of lagging: One of the main causes of freezing pipes is lack of lagging - so anyone attempting to do a bit of plumbing themselves, should bear in mind that pipes and tanks in the loft, or anywhere else liable to freeze, need to be properly lagged;

- Empty properties: If you have a second home or an empty property, consider leaving the heating on at a low level. This means that water in pipes will remain at a constant temperature and should not get cold enough to freeze. Also remember to open the hatch to your loft so that warm air can circulate;

- Find the stop cock: Before cold weather arrives, find your main stop cock and make sure you can turn it on or off. It's generally found underneath your kitchen sink. There should also be an access point for a stop cock outside your home (normally near your driveway if you have one) so if all else fails you can turn off the supply there;

- Check the taps: Repair any dripping taps and don't forget to insulate outside taps in your garden or garage (or turn off the water supply to them altogether).

Will Storm Christoph hit insurance on your buy to let properties? ...

A comparison website is warning owners to check whether their insurance...

A specialist company is warning landlords that the recent spate of...

Over half of tenants who have stayed at short let home-based...

Covid Complexity: renters’ aspirations go beyond ‘move to the country’ ...

An insurance firm's new survey giving new insights into the aspirations of...