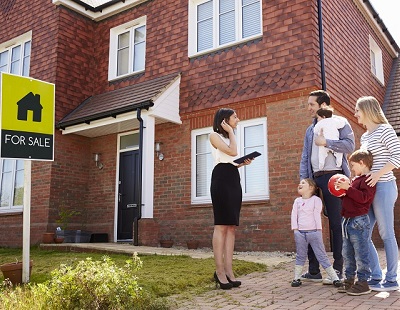 A landlord in the east of England says she was unaware of her tenant’s worries over back to back viewings of the property she was renting.

Landlord Lisa Clark has told the Eastern Daily Press that she became aware of tenant Theresa Upton’s concerns only after viewings had been completed.

Clark advertised her home for sale with online agency Yopa, having previously given the tenant the first opportunity to buy the three bedroom semi-detached house at Old Catton in Norfolk.

"I gave her an opportunity to buy. She never once said she was unhappy about the viewings. I'm in no rush and she really has no reason to feel worried” Clark told the paper, in a story outlining the tenant’s concerns about multiple viewings during the pandemic.

Upton said the viewings were arranged at short notice and she felt obliged to go along with them: "I feel like I was given no choice but to allow the viewings … On Friday night I got a message from the landlord saying there was a viewing at 5.30pm on Saturday. I felt I couldn't say no … I was then told there were back to back viewings booked on Sunday. I went out for about two and a half hours and it was raining and cold, I felt physically sick when I came home.”

The tenant said she felt physically ill after going out and thinking of multiple individuals visiting her home in a short period during the pandemic.

A spokesman for Yopa told the paper: "She said she felt bullied and pressurised into accepting viewings and so I apologised if I had made her feel like that … Every step I made sure it was Covid secure. The viewings were arranged between her and the owner of the property. I then gave her a call to confirm and she was happy for them to take place. It was only afterwards she raised concerns.”

Yopa denied the viewings were back to back but admitted each appointment was for 15 minutes with a 15 minute break in between to allow for the property to be sanitised between visits. Viewings started at 10.30am and finished at 12.15pm.

Housing market crash could be driven by the rental sector ...

Wage cuts and a surge in unemployment threaten to destabilize the...