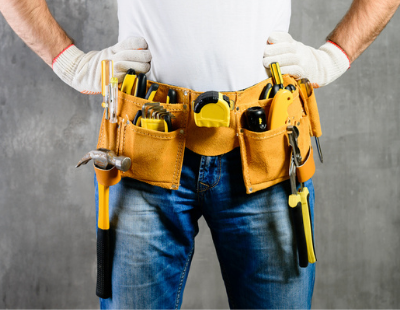 Many landlords may be all-too-familiar with cowboy builders but new research reveals a problem with ‘cowboy customers’ robbing tradespeople of income.

Mobile billing service Powered Now has commissioned a study which suggests many tradespeople encounter customers - presumably including landlords - withholding payments in order to rush through the transaction of a property or to drive down the price after the work was completed.

The study suggests that between £776m to £1.75 billion of revenue for the UK's trades has been frittered away through bogus quotes and ruthless measures to win discounts.

Powered Now’s co-founder, Ben Dyer, says: "We hear back from tradespeople on a daily basis that they are frustrated by the hoops they have to leap through in order to receive their fair payment. We of course recognise that there are horror stories about rogue traders, but we do believe that British tradespeople are amongst the most qualified in the world. They too have to adhere to some of the most stringent regulations going, making them some of the best builders on the global market.

“In this new year and third national lockdown, tradespeople are still doing their best to cope during the pandemic in which they are providing much needed economic stability by working throughout the lockdowns. The focus should be shifted to shine a light on the great work that tradespeople do the majority of the time, and not the unfortunate, less than satisfactory work that is completed in the absolute minority of cases”.

According to Checkatrade, the average daily rates for tradespeople in 2020 was as follows:

Avoid carpet in rental properties when renting to young families with kids ...

With a growing number of young families choosing to rent instead...