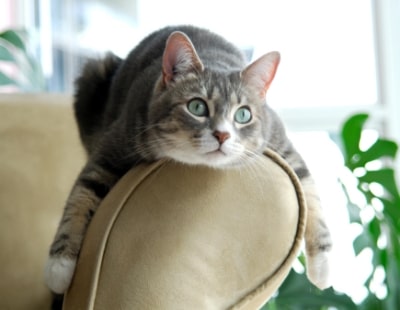 The Generation Rent group of activists says it has concerns over the broad proposals to allow landlords to charge for additional insurance against damage if they allow their tenants to have pets.

In the Fairer Private Rented Sector White Paper unveiled by government at the end of last week, it was said that - one the proposals became law - tenants would have the right to request a pet, and their landlord could not unreasonably refuse.

Tenants would be able to challenge a refusal - presumably through the new Rental Ombudsman, another White Paper proposal.

However, the new measure suggests the landlord can insist on the tenant taking out pet insurance as an extra safeguard against costs incurred through pet damage.

However, Generation Rent is complaining about this.

It says: “We believe pet insurance, which we understand costs between £10 and £20 a month, is unnecessary when the tenancy deposit is there to cover damage to the property, and landlords are already unlikely to require the maximum five weeks’ deposit. It is somewhat concerning that they [government] want to reopen the Tenant Fees Act, which has been largely successful at preventing tenants from getting ripped off. It is also unclear how pet insurance claims would interact with claims on the deposit at the end of the tenancy.”

Generally Generation Rent has been highly supportive of the Conservative government’s rent reform proposals, and the pets measure has won widespread support - mostly from groups not complaining about the insurance concept.

For example Dawn Howard, chief executive of the National Office of Animal Health, says: “NOAH launched its campaign ‘Renting with Pets’ in 2020, as our members passionately believe that all pets deserve a loving home, and all responsible pet owners should be able to access good-quality housing that does not exclude them from pet ownership.

“Unfortunately, keeping a pet in rental properties has been traditionally very challenging, and in many cases, not possible at all.

“We are therefore delighted to welcome this government’s commitment to recognising the value of pet ownership through the Renters’ Reform White Paper, which seeks to break down barriers to pet ownership for responsible pet owners in rental properties in a way that continues to support landlords and property owners.

“The measures set out in the Renters’ Reform White Paper are transformational not only for those people that will now find it much more straightforward to enjoy the extensive health and wellbeing benefits of pet ownership – but also for our beloved pets who deserve homes too.”

The campaigning charity Shelter - once a critic of government policies...

The government has released the full details of what it calls...

The chief executive of the National Residential Landlords Association says the...