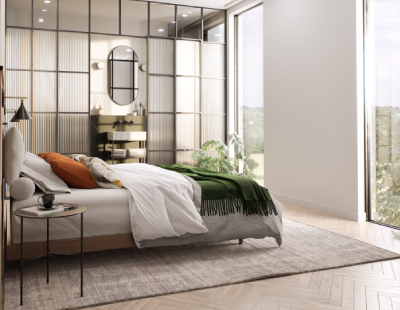 Small scale or accidental landlords will need agents to help them let studio and one-bedroom properties, Rightmove says in a market bulletin this morning.

The reason is down to the demand for more space by tenants, putting landlords of the smallest properties at a disadvantage.

Rightmove's commercial director and market analyst Miles Shipside says: “It will be the accidental landlords that have one property that need a good agent more than ever, to promote the attractive attributes of their buy to lets.

“I’ve heard from some agents that they’re now advising their landlords to turn part of the living room into a work from home space, or offering to install high-speed broadband for tenants as an added incentive. The rise in demand for properties that have more space and that typically have higher rents is helping push up average rents to new record highs.”

Shipside’s comments are backed up by Michael Cook, national lettings managing director at Leaders Romans Group, who in the same bulletin says: “COVID has changed tenant priorities, with many now wanting bigger homes with gardens and a separate space to work in, and this now comes at a premium.

“Demand for rental stock outside of London has outpaced that shown in the capital with a requirement for more home working space and gardens and a reduction in the need to be in such close proximately to the office, with more flexible homeworking being offered by employers. We’ve also seen houses increase in demand over flats with people looking to rent properties for longer, increasing average tenancy lengths.”

Rightmove’s snapshot reveals that asking rents outside London have hit a new high. The pressure comes from record demand from tenants, and by strong price growth in the south western and northern regions.

Asking rents are up four per cent in the South West and up three per cent or more in the North East, North West, and Yorkshire and the Humber.

The only move in the opposite direction remains London, where asking rents are now three per cent lower than this time a year ago; in inner London the position is much worse, with asking rents 6.8 per cent down.

Prospective tenants will find 20 per cent more properties in total listed than in September last year nationally, but available stock is only up by two per cent so they will still find strong competition, especially for houses.

It is a different story in the capital, where available stock is up by 80 per cent on last September. Asking rents have been falling since the beginning of lockdown in London, and are now an average of £110 per month lower than back on March 23 at the start of the spring lockdown.

Wanted: private landlords with one bedroom homes to let ...

A council in the south of England is urgently looking for private...

A local authority is urging private landlords to provide one bedroom...