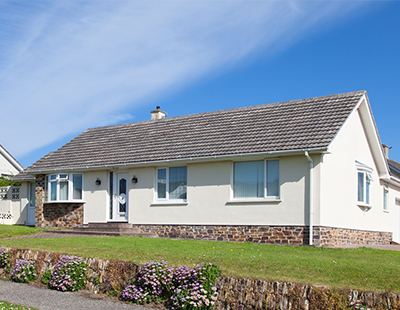 A bank is forecasting that almost one in 10 rented homes in the UK within the next decade could be a bungalow.

A survey of over 1,300 private tenants by the Paragon Bank shows three per cent live in a bungalow now but nine per cent expect to rent this type of property in 10 to 15 years’ time.

The increase correlates with a forecast increase in older tenants living in rented homes over the same period.

Homes headed by a person over the age of 55 will account for over a quarter of all privately renting households by 2035, analysis conducted on behalf of Paragon Bank by the Social Market Foundation reveals.

“Bungalows are typically regarded as unfashionable, but they offer practical benefits for people who may not be as mobile as they once were and certainly have their place in the private rental sector.

“We would expect to see an increase in this type of property, as well as homes specifically targeting older tenants, over the next 10 to 15 years.

“Landlords are not yet buying this type of property in scale, but we would expect that to accelerate to match forecast levels of tenant demand for bungalows in future.”

The English Housing Survey shows there are currently 141,000 bungalows in the PRS in England, representing 3.3 per cent of the total number of rented homes.

Buy-to-let lending figures show strong growth in the number of bungalows purchased by landlords over the past five years, although they still remain low as a proportion of total properties acquired.