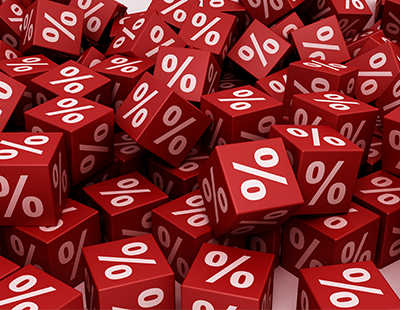 A senior figure at the Bank of England is warning that base rate could rise to 2.0 per cent or more within the next year.

Such a rise is neither “unlikely” nor “implausible” according to a member of the Bank’s Monetary Policy Committee, Michael Saunders.

He has told an audience at a debate organised by the Resolution Foundation think-tank: “The precise path of future monetary policy is, of course, inherently uncertain, because it will depend on future economic developments that cannot yet be foreseen. But I note that the BoE market participants’ survey and the Treasury’s survey of external forecasters both suggest that Bank Rate will rise to around 2.0 per cent in the next year.

“Market pricing is even higher. Neither the external consensus nor the path of inflation break-evens implies that such a rate path will leave inflation below target over time. Without wishing to endorse those views too strongly, I do not regard such an outcome – that is, that Bank Rate will have to rise to 2.0 per cent or higher during the next year to return inflation to target – as implausible or unlikely.”

He adds: “But, rather than focus on a precise forecast for Bank Rate over the next year, the key point is that the tightening cycle may, in my view, still have some way to go.”

There’s been a large month-on-month increase in the cost of typical buy to let fixed rate mortgages popular with landlords, thanks to rising interest rates

Online brokerage Property Master claims that compared with June, just last month, landlords are now paying up to £59 more per month, including fees, for a typical five-year fixed rate mortgage.  This is an increase of £174 per month since the start of the year.

Saunders voted for a half-point base rate rise at the most recent June meeting of the Monetary Policy Committee, although he was out-voted and the decision was to instead increase by a quarter of a point.

He says: “My own view is that further monetary tightening is likely, and indeed, as evident from my votes at the MPC’s recent policy meetings, my preference has been to tighten relatively quickly.

“This partly reflects my view that risks are tilted on the side of a more persistent period of excess demand and domestic inflation pressures than implied by the most recent monetary policy report forecast, published in early May. Despite the inflation-induced erosion of real incomes, I put more emphasis on risks that the backlog of unmet hiring needs and low labour supply will keep the labour market very tight. In turn, I expect that spending will be underpinned by low unemployment, the household and corporate savings accumulated during the pandemic, and the fiscal support measures announced in recent months.

Interest rate rise may be put off despite another house price record ...

Landlords with mortgages may be sighing with relief as some commentators...

The Bank of England's Monetary Policy Committee has announced that base...