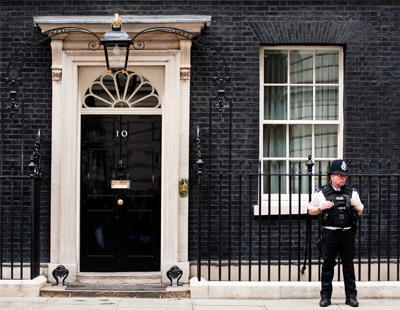 The next Prime Minister must address the supply crisis in the private rented sector if homeownership ambitions are to become a reality.

That’s the warning from the National Residential Landlords Association as new survey data shows that the supply of homes to rent is likely to keep falling over the next year.

It is possible - if still unlikely - that a new Prime Minister could emerge as soon as next week if Tory MPs select two leading contenders who then agree amongst themselves which one should be leader; otherwise, the final two will be voted upon by the entire Conservative party membership with a result expected in early September.

According to the new research, conducted for the NRLA by BVA-BDRC, some 23 per cent of landlords said they plan to cut the number of properties they let in the next 12 months. This is up from 20 per cent a year ago.

In contrast, just 14 per cent say they plan to increase the number of properties they let, unchanged since the same point last year and down four points since Q1 2022.

With the demand for rental housing outstripping supply, official data has found that private rents across the UK rose by 2.8 per cent in the year to May this year, the largest annual growth since January 2016.

This latest survey supports recent evidence of the fall in supply from other organisations including the District Councils Network. 76 per cent of the councils it surveyed have warned that a rise in landlords leaving the sector or converting properties to holiday lets has led to longer waits for council housing.

The NRLA is warning that the trend is a direct result of government policy and punitive tax increases since 2015, which have shrunk the private rented sector.

The NRLA is calling on the next Prime Minister to end this hostility to landlords and take steps to encourage investment to meet the rising demand.

Separate research by Capital Economics suggests that just removing the stamp duty levy on additional properties would see almost 900,000 new private rented homes made available across the UK over the next ten years. This would lead to a £10 billion boost to government revenue through increased tax receipts.

Ben Beadle, NRLA chief executive, says: “The last six years prove that it was a nonsense to think that cutting the supply of rental housing when demand is so strong would make it easier for those saving for a home of their own.

“Driving rents up just leaves tenants with less cash to save for a deposit.

“We need a strong and vibrant private rental market that meets the needs of those who rely on the flexibility it provides, those who need somewhere to live before becoming homeowners and those for whom the promise of social housing tomorrow provides cold comfort today.

“The next administration needs to reset its plans for the sector.”

The Conservatives have announced a range of housing policies designed to...

Why should landlords ‘subsidise those who are struggling to pay their rent’? ...

The government has been slammed for attempting to shift the responsibility...