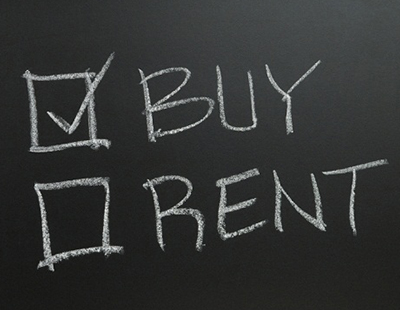 The government is reported to be considering extending the Right To Buy from just council tenants in England to housing association renters as well - and a former Housing Secretary says he wants it to include all tenants, including private sector ones.

The Daily Telegraph reports that Boris Johnson wants to extend Right To Buy - first introduced for council tenants only by Margaret Thatcher four decades ago - to the 2.5m households, adding up to 5.1m people, who rent properties from housing associations in England.

A connected idea being pursued by officials is for the tens of billions of pounds paid by the government in housing benefit to be used to help recipients secure mortgages.

The idea is considered to appeal particularly to non-traditional Conservative voters who in the last General Election may have voted Tory for the first time, especially in the Midlands and the north of England.

Riobert Jenrick - no longer in government but considered a staunch ally of Prime Minister Boris Johnson - says he would like to see the idea extended across the rental sector to private tenants.

In the past 24 hours Generation Rent’s deputy director has gone to Twitter to say that he would “love it - love it - if [Jenrick] was in favour of right to buy in the private sector.”

Back in 2019 Labour’s then-Shadow Chancellor John McDonnell told the Financial Times he would like to see private tenants receiving a discount; while he told the BBC that his party would ensure there was a “fair price assessment” of any buy to let property which a tenant may want to purchase.

"I don't expect anyone to lose out” McDonnell said at the time.

Some 1.6m council homes have been sold off under Right To Buy and while his policy helped owner-occupation rise from 55 per cent in 1979 to 72 per cent in 2004 (since when it has generally dipped) the policy has also led to a sharp decline in social housing availability. Scotland and Wales have scrapped Right To Buy in recent years.

On a related housing issue, Boris Johnson’s plans for reform of the planning system were ditched late last year after revolts by some Tory back benchers fearful of new housing developments in their constituencies.

The reforms would have given councils mandatory targets for the number of houses that would need to be built in each area. Local authorities would then have been required to divide areas into three categories – protected, renewal and growth.

It’s been confirmed that Prime Minister Boris Johnson is to announce...

Unions demand that all rent payments are suspended immediately ...

Some of the UK’s largest tenants unions have joined forces to...