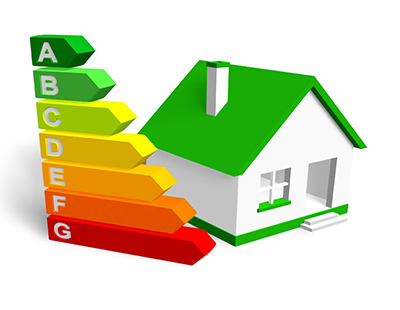 Rightmove is warning landlords and other sellers that properties with poor levels of energy efficiency may have to sell with a discount.

The portal says buyers over coming years will try to negotiate reductions on asking prices of homes with the poorest EPC ratings to factor in costs of making improvements.

Landlords and owner occupiers who have made green improvements before selling have made as much as 16 per cent extra on average, compared to those who haven’t made any improvements.

Searching for green terms is becoming more popular on Rightmove, with searches for solar panels rising from position 500 to position 98 in keyword searches, and heat pumps rising from 1,000 to 190.

Rightmove also wants that government proposals for landlords to improve homes up to an EPC rating of C would lead to further stock shortages and rising rents in the short-term, with one in five landlords saying they will sell up.

The findings from Rightmove’s Green Homes report, out today, reveals that some 41 per cent of home-owners have already made changes to improve their home, but of the remaining 59 per cent the biggest reasons for not doing so are that they don’t feel they need to make improvements, or that such improvements are too expensive to make.

A separate Rightmove study analysed over 200,000 homes that had sold twice, with an improved EPC rating the second time.

Those who had upgraded their rating from an F to a C added an average of 16 per cent to the price achieved for their home.

Moving from an E to a C banked sellers an extra eight per cent on average, and moving from a D to a C resulted in an average of four per cent extra.

The average EPC rating of a home in the UK is a D, so the homes with the lowest ratings of an E to a G are likely to be the first to start seeing buyers trying to negotiate discounts, Rightmove anticipates.

“The immediate challenge is the sheer number of properties that are currently below an EPC rating of C and the costs involved to fix this.

“There has been much debate about what could happen in the future to homes with poor energy efficiency, and the government has said they will make sure these homes can still get mortgages.

“But I don’t think it would be a surprise if in 10 years’ time we see that people taking out mortgages or remortgaging a home with the lowest EPC ratings find that they miss out on the best mortgage rates.

“We’ll also start to see buyers become much more aware of the green improvements that are needed, and factor this in when they consider how much to offer a seller. It’s likely to be a gradual rather than a swift change, but we can already see the green price premium when improvements are made.

“Of course, improvements that make a home more energy efficient often also means the condition improves, such as installing new windows. But the end result of making improvements is not just a refurbished home worth more money, it’s often also a greener home.

“It’s clear that many home-owners want to make improvements, but the complexity and costs of the changes means that people need more help and financial assistance to know which changes to make and when.

“We know saving on energy bills is the biggest motivator to make changes, and in future we’ll need to consider costs for cooling our homes as much as heating them, as we found during the recent heatwave. This opens up more questions about the best systems that people should be installing to futureproof their homes.

“If the government brings in legislation for landlords to improve their properties, and if the sums don’t add up to make the improvements, then some will sell up.

“This is especially likely among those with smaller portfolios and those who would need to make significant changes to cheaper homes. If a number do sell up then it could exacerbate what is already a severely stock-constrained rental market, increasing rents for available homes in the short-term, before the benefits of greener properties filter through.”

Landlords given five low-cost ways to improve a property’s EPC ...

Rightmove has identified five ways that landlords and other property owners...